TEHRAN, Jan 30 - Students could finish exchange programs, existing EU projects could still get funding and EU workers in Britain could continue to accrue pension benefits at home under emergency measures proposed by the EU executive on Wednesday to limit disruption if Britain crashes out of the bloc with no deal. 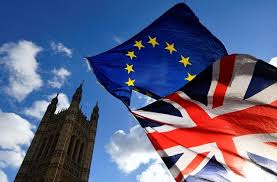 TEHRAN, Young Journalists Club (YJC) - With Britain's parliament calling for changes to a divorce agreement that the EU says cannot be renegotiated, the European Commission now sees the risk of a damaging no-deal Brexit as growing by the hour and has stepped up contingency plans.

In a statement, it said it was proposing that students already participating in the Erasmus university exchange program could continue to study and receive funding. The Commission said there would be 14,000 EU students in Britain and 7,000 Britons studying elsewhere in the bloc on Brexit day.

"Young people from the EU and the UK who are participating in the Erasmus+ program on 30 March 2019 can complete their stay without interruption," the Commission said.

Other measures aim to ensure that EU states continue including periods of work, insurance and residence in Britain when calculating social benefits such as pensions for their own citizens.

And if Britain continues to honor its obligations under the 2019 EU budget after Brexit, British beneficiaries of EU programs could continue receiving EU funds as planned.

The British parliament voted this month to reject the divorce agreement reached late last year between Prime Minister Theresa May and the EU.

UK lawmakers ordered May on Tuesday to demand the removal of a provision that requires EU rules to be applied in Northern Ireland if no other solution can be found to prevent a hard border between the EU and the British-ruled province. The EU says the agreement cannot be reopened.