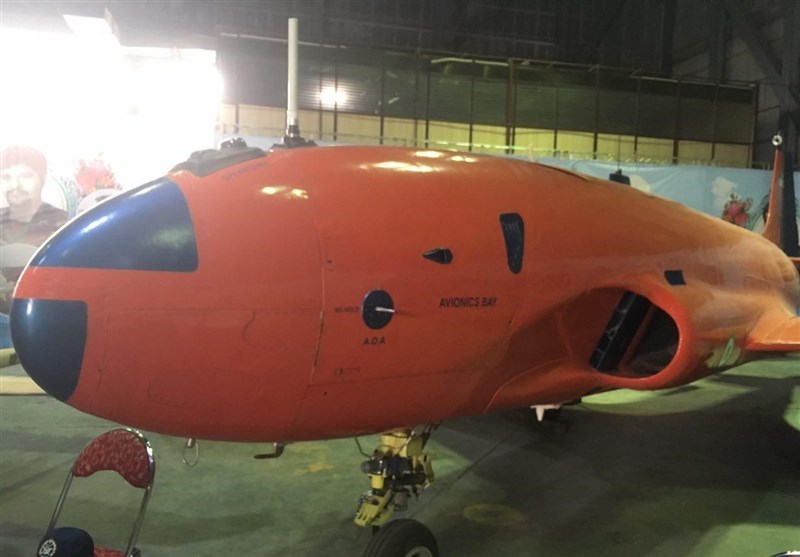 TEHRAN, Young Journalists Club (YJC) - The unmanned jet, dubbed ‘Khodkar’ (automatic), was put on display at an exhibition of the Iranian Armed Force’s achievements in the aviation industry, held in Tehran.

The drone is a pilotless version of T-33 training aircraft which has been upgraded to an unmanned wide-body jet.

The drone is equipped with two cameras, one mounted on the front of the fuselage as a substitute for cockpit view, and the other one beneath the fuselage used for landing and takeoff.

The jet is also furnished with antennas to receive signals from the GPS and GLONASS satellites, as well as transmitter antennas working in two wavebands.

Equipped with a J-85 turbojet engine, the aircraft also uses phased array antennas and is capable of recording data.

Iranian military technicians have in recent years made great headways in manufacturing a broad range of indigenous equipment, making the armed forces self-sufficient in the arms sphere.