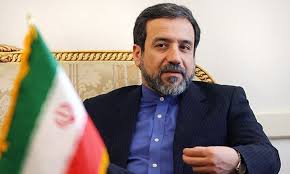 TEHRAN, Young Journalists Club (YJC) - Araqchi, who is in the Bulgarian capital of Sofia as part of a European tour, held a meeting with Bulgaria’s representative at the European Parliament Angel Dzhambazki on Wednesday.

In the gathering, Araqchi commended Europe for its political stances in support of the Joint Comprehensive Plan of Action (JCPOA), which he said has been jeopardized by the US policies.

The Iranian diplomat, however, said Tehran expects Europe to take practical measures to save the nuclear deal, noting that the International Atomic Energy Agency (IAEA) has confirmed that Iran has fully honored its commitments under the accord.

He further urged Europe’s vigilance in the face of an anti-Iran conference that the US is going to hold in Poland next month, saying Washington which has failed to achieve its objectives against Iran at the United Nations is attempting to create a new coalition against Iran outside the UN.

For his part, Dzhambazki hailed Iran as a stable country in the region, stressing that supports for the JCPOA must continue.

In May 2018, the US president pulled his country out of the JCPOA, which was achieved in 2015 after years of negotiations among Iran and the Group 5+1 (Russia, China, the US, Britain, France and Germany).