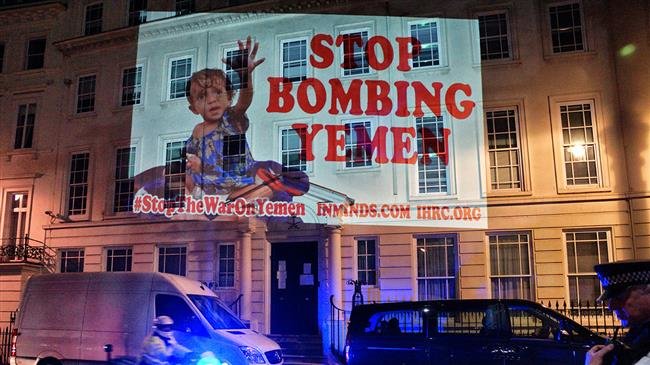 TEHRAN, Young Journalists Club (YJC) - The report was based on analysis of the Yemen conflict and submitted to the UK parliament’s watchdog on arms sales.

Results of the study by Control Arms UK, a coalition of non-governmental organizations, published on Thursday in the Guardian newspaper, showed that the British government authorized 18,107 open license deliveries of arms and dual-purpose equipment to Saudi Arabia between 2015 and 2017.

The study said there were no requirements in the contracts for disclosure of the quantities or value of the weapons involved which technically enabled the British government to swamp the Saudis with various types of heavy weaponry during the war on Yemen.

Roy Isbister, a joint author of the report, said those open license contracts could range from a simple spare part for a military aircraft to 20 fighter jets valued more than two billion pounds.

“Are we talking a few nuts and bolts, or containers full of critical fighter aircraft components? We don’t know, and the government won’t tell. It’s not good enough, not by a long shot,” Isbister said, adding, “The reporting on the use of open licenses is wholly inadequate, as the type and quantities of equipment are a mystery.”

The damning report comes against the backstop of previous studies proving that London has been a major complicit in Saudi Arabia’s massive human rights violations in Yemen.