TEHRAN, Feb 27 -Researchers report that regardless of the relationship between divorcing parents, technology can allow parents and children to maintain an active, involved relationship. 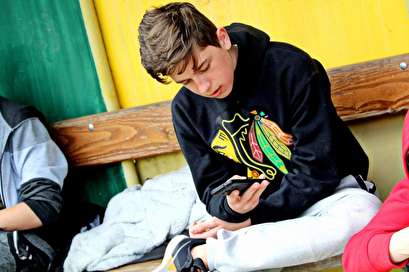 TEHRAN, Young Journalists Club (YJC) -There's lots to be concerned about when it comes to kids and modern forms of communication, such as social isolation and cyberbullying.

But a new study reports a bright side to all that texting and social media -- it keeps children connected to their parents after a divorce.

The researchers also found that when kids and the parent no longer living at home stayed in contact, it didn't seem to matter how well the divorcing parents got along. What was important to the parent-child relationship was communication between the parent and child.

"Make sure you're having consistent and frequent contact with your child. If it's in person, that's fantastic. But in between, reach out to your child, by text or Facebook or other social media. Letting your child know that you're there and you care is really important," said study co-author Mindy Markham. She's an associate professor at Kansas State University in Manhattan, Kan.

In the past, mental health experts theorized that how well parents get along after a divorce can have a lot to do with how well their child handles a divorce and the quality of a parent-child relationship.

To see how parental relationships affected parent-child relationships, Markham and her colleagues reviewed data from nearly 400 divorced mothers and fathers in the United States. Their kids were between the ages of 10 and 18.

The researchers found three types of co-parenting after a divorce: cooperative; moderately engaged; and conflicted.

The study team also looked at several aspects of the parent-child relationship, including: parental warmth and closeness; parental knowledge of the child; and inconsistent discipline.

Markham said the greater the contact between parents and kids, the better the relationship was.

The researchers suggested that if a child is old enough to have a cellphone, tablet or computer, the parent living outside the home should be able to contact the child directly.

Judy Malinowski, a psychologist with Ascension Eastwood Behavioral Health in Novi, Mich., was not involved with the study but said the findings make sense.

"For young people, texting, Facebook, Snapchat, Instagram -- those are their preferred form of communication. What matters is the connection. Adults might not see something like texting as connecting, but kids view it as high-value connection," Malinowski said.

One great thing about these forms of communication is the child doesn't get stuck in the middle, especially when parents have a contentious relationship, she explained.

It also means kids aren't left to wonder why they haven't heard from their parent, when perhaps the parent was only hesitating to call because they'd have to talk to their ex-spouse before talking to their child.

"Unless you're dealing with something that has to be cleared through the other parent, there's no reason parents can't text or call or [video chat] directly. Stay in contact with your kids any way you can," Malinowski suggested.