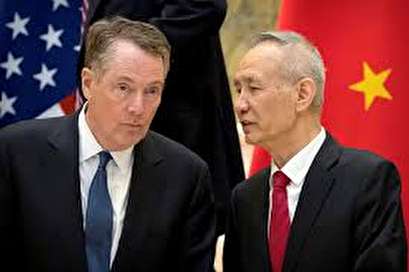 TEHRAN, Young Journalists Club (YJC) -U.S. Trade Representative Robert Lighthizer cautioned that much work was still needed to nail down a U.S.-China trade agreement, including working out how it will be enforced.

“If we can complete this effort - and again I say if ... we might be able to have an agreement that helps us turn the corner in our economic relationship with China,” Lighthizer said in testimony to the U.S. House Ways and Means Committee.

The two countries have imposed tit-for-tat tariffs on hundreds of billions of dollars worth of each others’ goods, roiling financial markets, disrupting manufacturing supply chains and shrinking U.S. farm exports.

Lighthizer said USTR was taking legal steps to implement Trump’s decision on Sunday to delay a tariff increase on more than $200 billion worth of Chinese goods that had been scheduled for Friday.

But USTR later clarified in a statement that it was not abandoning the threat of increasing the tariffs to 25 percent from 10 percent. It said a Federal Register notice would be published this week that would suspend the increase “until further notice.”

Lighthizer detailed a long road ahead to resolve U.S. China trade issues, and said that tariffs would remain an important tool to push China to make structural policy changes sought by Trump and lawmakers.

“The reality is this is a challenge that will go on for a long, long time,” Lighthizer said. He earlier said he “is not foolish enough” to believe that a single negotiation will change the increasingly sour bilateral trade relationship.