UN rejects US move to recognize Golan annexation by Israel 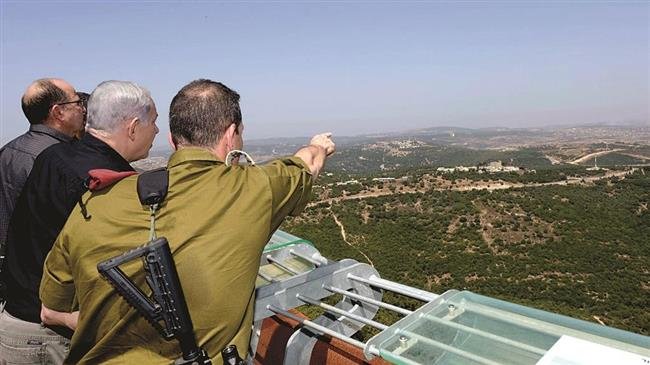 TEHRAN, Young Journalists Club (YJC) - “Obviously the Security Council is very clear that the Golan is Syrian territory, and the first aspect of [Resolution] 2254 is of course the territorial integrity of Syria,” Pedersen told reporters at a Security Council briefing on Syria held on Thursday in New York.

He made the comments in response to a question regarding a bill introduced by Republican members of the US congress which seeks to recognize Syria’s Golan Heights as Israeli territory.

The measure, brought by Senators Ted Cruz and Tom Cotton as well as Representative Mike Gallagher, cites concerns about what the lawmakers call a “threat” posed by Iran.

“The United States has been committed for over 40 years to ensuring Israel’s security from attacks emanating from across the Golan Heights,” the bill’s sponsors said Wednesday.

Israeli officials have long pushed for US recognition of the Tel Aviv regime’s sovereignty claims over the territory, which was seized from Syria in 1967.

Israeli Prime Minister Benjamin Netanyahu openly discussed the issue with both US President Donald Trump and Vice President Mike Pence during his visit to the White House in 2017, urging them to recognize Israel’s sovereignty.

Netanyahu has stepped up his efforts over the past years, using the presence of Iranian military advisers and Lebanese resistance movement Hezbollah’s fighters in Syria as a scare tactic to convince US leaders.

This comes as the United Nations has time and again stressed Syria’s sovereignty over the occupied heights. Back in December 2018, the majority of the United Nations General Assembly adopted a resolution urging the Israeli regime to withdraw from the entirety of the Syrian Golan Heights.

The resolution, titled The Syrian Golan, was adopted by a record vote of 99 in favor, 10 against and 66 abstentions. It declared that the Israeli controversial move to extend its laws, jurisdiction and administration on the occupied mountainous plateau is null and void and called on Tel Aviv to leave the strategically-important territory.

Later in the month, the General Assembly overwhelmingly voted in favor of a resolution on the permanent sovereignty of Syria over natural resources of the Golan Heights.

The resolution reaffirmed the inalienable rights of the Syrians in the occupied Syrian Golan to sovereign over its natural resources, including land, water and energy.

Guterres submitted the report - which is based on Syria’s charges against Israel - to the UN Human Rights Council (UNHRC) at the panel's 40th session, which opened in Geneva Monday and will run through March 22.

“The Syrian Arab Republic noted that Israel continued to bury nuclear waste with radioactive content in 20 different areas populated by Syrian citizens of the occupied Syrian Golan, particularly in the vicinity of al-Sheikh Mountain,” the report says.

At the United Nations, Syria's Permanent Representative Bashar al-Ja'afari told a Security Council session that US, French, British and Turkish forces must end their illegal presence in the Arab country.

Ja'afari said hit out at hostile US statements about keeping part of its troops on the Syrian territory, saying “Syria will deal with any foreign military presence, without its acceptance, as an aggression.”

The White House announced last Thursday that around 400 American troops would remain in Syria on a “peacekeeping” mission despite President Donald Trump’s pledge to fully withdraw from the country.