US seeks ‘comprehensive’ access to UK markets after Brexit

TEHRAN, Mar 01 - The United States has announced plans to gain "comprehensive" access to the UK food markets after Brexit, calling for a trade deal that would eliminate barriers for US agricultural and industrial goods despite Britain’s concerns over safety of American products. 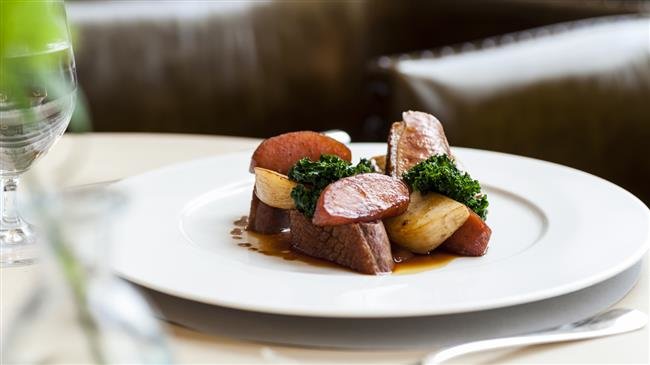 TEHRAN, Young Journalists Club (YJC) - According to a report published by The Guardian on Friday, the administration of US President Donald Trump is seeking to cut tariff and non-tariff barriers as well as secure duty-free access for US industrial and agricultural products after the Britain’s separation from the European Union at the end of March.

Citing the US trade representative’s office, the report said the US administration, which is seeking “comprehensive market access for US agricultural goods in the UK”, is looking to remove “unwarranted barriers” related to “sanitary and physiosanitary” standards in the farm industry.

Washington is also trying to reduce regulatory differences in the UK food market, where chlorinated chicken or hormone-fed beef are banned under EU rules.

This is while the UK environment secretary, Michael Gove, has repeatedly asserted that Britain will not compromise on food standards and the UK standards will remain the same if not be better than they currently are.

Gove has in the past expressed concern about antibiotics used for livestock and bee-harming pesticides used on grain that goes into breakfast cereals and other consumer foods.

The US has long considered EU rules on food a barrier to trade and acknowledged that its food is unsafe to eat due to differences in production rules, including use of pesticides, chlorine and hormones.

Lord Deben, a former Conservative environment minister said in December last year that food safety and public confidence in the UK would be placed at risk if the government pursued a free-trade agreement with the US.

If imports of US-standard food were allowed, “you would have a huge decline in food safety,” said Deben, now chairman of the Committee on Climate Change. “Food safety is a huge issue.”

A change in food standards after Brexit would have ramifications for an open border in Ireland as it would fuel fears that banned goods could seep into the food chain through cross-border production of meat and dairy products.