TEHRAN, Mar 02 -Iran has dismissed recent "false, wrong and hackneyed" allegations made by the Emirati foreign minister during the opening meeting of the Organization of Islamic Cooperation (OIC) in Abu Dhabi, saying such claims are aimed at covering up the country’s destructive policies toward the Muslim world. 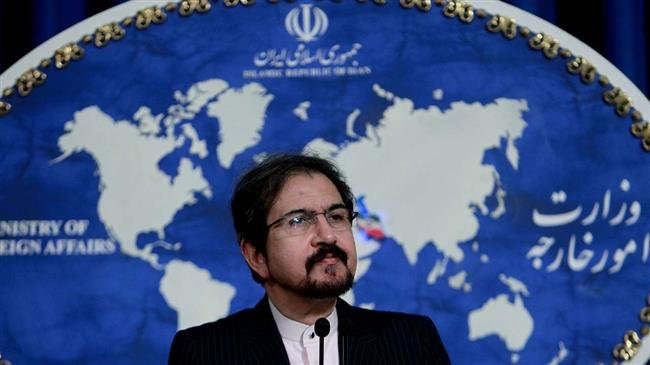 TEHRAN, Young Journalists Club (YJC) -"Unfortunately, certain countries have gotten used to repeating such claims in order to cover up the damage that their policies have imposed on the Muslim world," Iranian Foreign Ministry Spokesman Bahram Qassemi said on Saturday.

Addressing the opening ceremony of the 46th session of the Council of OIC Foreign Ministers in Abu Dhabi on Friday, Emirati Minister of Foreign Affairs Sheikh Abdullah bin Zayed Al Nahyan claimed that Iran was interfering in other states' domestic affairs and supporting, financing and arming terrorist groups.

Responding to the comments, Qassemi said the OIC had been established with the aim of "creating unity and convergence among member states."

"Taking advantage of the meetings of this organization and raising divisive and false issues against other members are a wrong move contrary to this organization’s objectives and philosophy, and will seriously undermine interaction and trust among the members," the Iranian spokesperson added.

He emphasized the OIC members that played host to the organization’s meetings and sessions must make efforts to foster unity and solidarity among Muslim nations and refrain from "taking advantage of the opportunity to put forward the objectives and policies dictated by countries outside the Muslim world.”

Qassemi advised the Emirati foreign minister to take a look at the situation in Yemen and the humanitarian catastrophe in the impoverished country caused by the military aggression of the United Arab Emirates and a number of other states, and to realize the real meaning of his country’s interference in the affairs of other Muslim states.

Saudi Arabia and a number of its regional allies launched a devastating military campaign against Yemen in March 2015, with the aim of bringing former Yemeni president Abd Rabbuh Mansur Hadi’s government back to power and crushing the Houthi Ansarullah movement.

United Nations Secretary General Antonio Guterres said on Tuesday that tens of thousands of children under the age of five had died of starvation in Yemen ever since Saudi Arabia and its allies launched the atrocious military aggression against the country.
Share to
Related News
Bolton dodges question on US support for Saudi, UAE dictators while discussing Venezuela
Arab League chief to visit Beirut for talks on Syria’s return to bloc
UAE diverts arms to 'militias' in Yemen: Amnesty International
Syria won’t surrender to blackmail over Arab League return: Deputy FM
Tags
people ، false ، iran
Your Comment