TEHRAN, Mar 03 - Syria has taken part in a meeting of Arab states for the first time since the foreign-backed militancy broke out in the country eight years ago, in what has been seen as another sign that the Damascus government led by President Bashar al-Assad is being welcomed back into the fold. 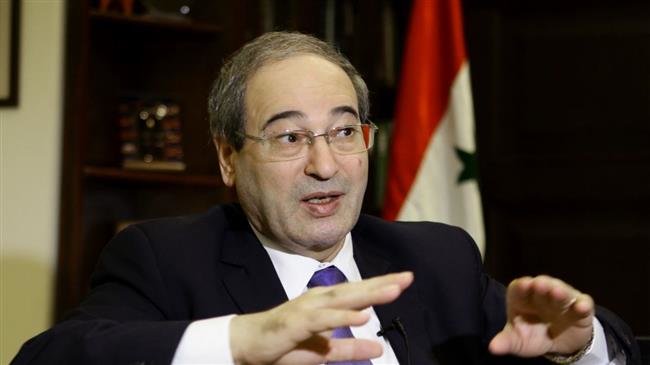 TEHRAN, Young Journalists Club (YJC) - Speaker of the People's Council of Syria, Hammouda Youssef Sabbagh, traveled to the Jordanian capital city of Amman on Sunday for participation in the 29th Conference of the Arab Inter-Parliamentary Union.

The conference opened under the theme "Jerusalem (al-Quds) is the Eternal Capital of the State of Palestine," with the participation of the speakers of 16 Arab parliaments and representatives of other parliaments.

Last month, Sabbagh confirmed his participation in the conference along with a delegation of Syrian lawmakers.

Speaker of Jordan's House of Representatives Atef Tarawneh made a speech in which he called on regional countries "to work towards a political settlement to the Syrian crisis ... and for Syria to regain its place" in the Arab world.

The development came almost a month after Syrian Deputy Foreign Minister Faisal Mekdad said on February 3 that his country will eventually return to the Arab League, stressing that the Damascus government will never surrender to blackmail or accept conditions for the restoration of its membership to the regional organization.

“Those who are trying to ignore Syria or to impose conditions for its return to the Arab League will not succeed, since Syria will not surrender to blackmail and is not primarily concerned with anything other than its domestic problems,” Mekdad said.

He added that certain anti-Syria decisions are being made by some Arab states on the instructions of extra-regional powers.

The issue of possible restoration of Syria’s membership in the Arab League comes especially after a recent move by some Arab countries to re-open their embassies in Damascus.

This came a day after the United Arab Emirates officially reopened its embassy in Damascus.

The move “will strengthen and activate the Arab role in supporting the independence, sovereignty and territorial integrity of the Syrian Arab Republic and to prevent the dangers of regional interference in Syrian Arab affairs,” the ministry pointed out.