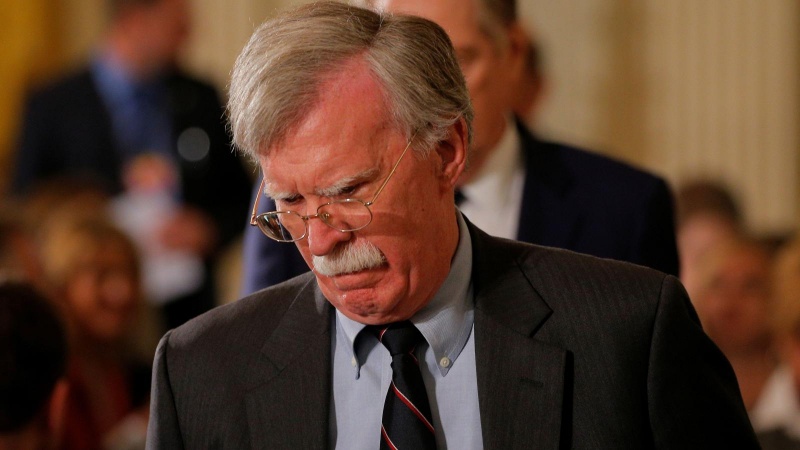 TEHRAN, Young Journalists Club (YJC) - The US National Security Advisor John Bolton's hostility against Iran has gone beyond a normal politician and it seems that it has turned out to be a serious condition which needs treatment, Iranian Foreign Ministry Spokesman Bahram Ghasemi said in his weekly press conference in Tehran on Monday.

"Despite all the illusions and fantasies created by himself as well as efforts by some like-minded terrorist groups that have been trying to instill thoughts into his mind, Bolton has seen that his raw dreams and nightmares have failed following glorious rallies that marked the 40th anniversary of the historic Islamic Revolution of the great nation of Iran," Iranian Foreign Ministry Spokesman added.

Referring to Bolton's imminent trip to Australia to create anti-Iran consensus, Ghasemi said: "It is a usual business for him. Bolton is touring the world to spread hostility against Iran."

"By presenting false information and image, promoting provocative claims and even by buying some sources in line with Iranophobia in some weaker countries, he is trying to create a negative atmosphere against Iran," Iranian Foreign Ministry Spokesman noted.

"Tehran believes that Bolton is obsessed with an anti-Iran attitude. Bolton falsely thinks that Iran is a threat against him and the US," Ghasemi noted.

Iranian Foreign Ministry Spokesman went on to say that the US National Security advisor does not want to accept Iran as playing a constructive role and remains to adopt a special hostile approach towards Iran.

On Feb 18, Spokesman of the Iranian Foreign Ministry said that John Bolton suffers from a chronic hallucinatory psychosis when it comes to Iranians.

Share to
Related News
Only 4 out of 10 Americans would reelect Trump: Poll
Tags
Bolton ، illness ، traetment
Your Comment