TEHRAN, Mar 04 - Cambodian Prime Minister Hun Sen warned opposition politicians Monday that they should act quickly if they want bans on their political activity lifted because he will soon rescind the opportunity. 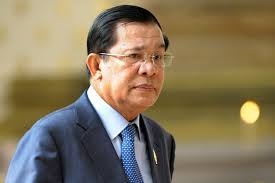 TEHRAN, Young Journalists Club (YJC) - Hun Sen said at a groundbreaking project for a flood control project in Phnom Penh that he will not negotiate with the dissolved opposition Cambodia National Rescue Party to lift the ban on all 118 of its former lawmakers, and that each banned member will have to apply individually.

"I wish to send you a final message that if you are still indifferent, the door will be shutting down before or after the Cambodian Lunar New Year," Hun Sen said, referring to the country's traditional New Year that falls in mid-April. "And after that the door will be closed — if you are making a request, I will ignore it."

The five-year ban was imposed when the opposition party was dissolved by court order in November 2017 on a weakly supported charge of conspiring with the United States to overthrow the government.

A new law in December last year allowed the politicians to apply to have the bans lifted.

The move was an effort to mollify Western nations that accuse Hun Sen of suppressing human and democratic rights. They are especially distressed by last year's general election, which they consider neither free nor fair because of the inability of the Cambodia National Rescue Party, the only credible opposition, to contest the polls. Hun Sen's ruling Cambodian People's Party swept all 125 National Assembly seats.

The offer to lift the bans comes with conditions, and there are no guarantees that new legal action would not be taken against the opposition politicians, many of whom fled Cambodia for fear of arrest.

"The door is now open, whether you enter or not is up to you, but don't expect that there will be political negotiations or a political compromise. This is not a political issue but a matter of law only," Hun Sen said. He pointed out that the bans are valid until November 2022, which would mean that the banned politicians would be unable to take part in local elections set for May 2022.

Only three politicians are known to have applied and had their bans lifted, even though members of the dissolved party are split over whether to apply, with many against playing by Hun Sen's rules and hoping the international community will step up pressure on him.

The split in the opposition is also fueled by rivalries between factions loyal to the party's two former leaders, and there is widespread belief that Hun Sen — one of the region's wiliest political operators — has been encouraging the factionalism.

Hun Sen, who has been in power for 34 years, is under unusual pressure because of last month's European Union announcement that it is beginning the process to withdraw preferential duty-free and quota-free status for imports from the Southeast Asian nation due to concerns over human rights and labor rights. Cambodian officials have declared they can survive such an action, but exports to Europe are a major foreign exchange earner and a loss of trade privileges would hurt Cambodian industry.