Only 4 out of 10 Americans would reelect Trump: Poll

TEHRAN, Mar 04 - US President Donald Trump faces formidable obstacles in his bid for re-election, with just about 4 in ten voters saying they will vote for him in the 2020 presidential elections, according to a new poll. 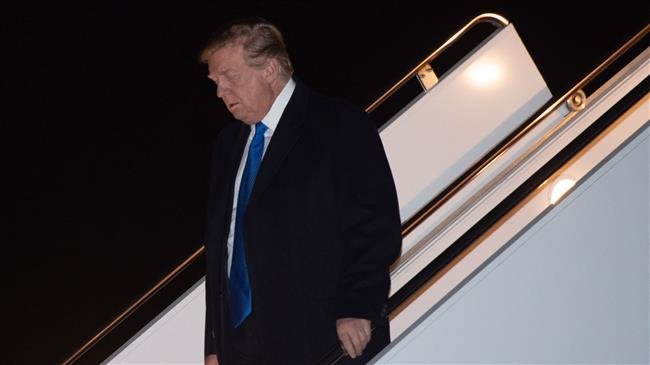 TEHRAN, Young Journalists Club (YJC) - Many of Trump’s policy positions are viewed as out of the mainstream, and there is broad opposition to his effort to fund a border wall by declaring a national emergency, the latest NBC News/Wall Street Journal poll found.

Only 41 percent of registered US voters say they will “definitely” or “probably” vote for Trump next year, according to the poll.

And just 37 percent of all Americans say they believe Trump has been truthful when it comes to the investigation into alleged Russian interference in the 2016 presidential elections, the survey showed.

But Democratic Party voters who want to defeat Trump have hurdles of their own and 2020 is shaping up to be yet another close presidential race, say the Democratic and Republican pollsters who conducted the NBC/WSJ survey.

However, polls show that Trump is losing support among his voter base. The erosion in support among Trump’s core constituents has contributed to a sharp increase in his disapproval ratings.

The poll comes amid another turbulent week in Trump’s presidency, highlighted by the congressional testimony by his former lawyer and fixer Michael Cohen’s, failed nuclear negotiations between the United States and North Korea, and the Democratic-led House of Representatives voting to reverse Trump’s emergency declaration on the border.

A poll released by PRRI and The Atlantic last week found that Americans continue to hold a negative view of Trump and believe the United States is deeply divided among racial, religious and political lines.