TEHRAN, Mar 05 -The findings provide important insights into the nature of a mysterious cosmic source, radio transient FIRST J141918.9, ascertaining that it is an “orphan” long gamma-ray burst. 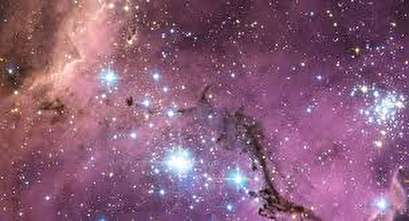 TEHRAN, Young Journalists Club (YJC) -Employing an array of radio telescopes, European astronomers have researched a little-studied transient commonly referred to as FIRST J141918.9+394036, a press release on Phys.org stated citing results of the study, first presented in a February paper on arXiv.org. The scientists have arrived at several hypothetic explanations of where FIRST J141918.9 stems from.

The radio transient is a slowly evolving, extragalactic substance, with its brightness having gradually decreased over the past few years. The recent study has revealed that it could be an afterglow in the aftermath of a powerful gamma ray burst (GRB). However, the produced gamma rays were found to be undetectable on Earth, which accounts for the name the cosmic phenomenon was given – the historically first “orphan” GRB.

Meanwhile, the fading radio emission from FIRST J1419+3940 could also be explained by a newborn nebula powered by a young magnetar, characterised by an extremely strong magnetic field. As the said transient has similar properties and host galaxy to those of the radio source associated with the first known repeated fast radio burst (FRB), or FRB 12102, some astronomers assume that FIRST J1419+3940 is a comparatively new, rapidly spinning magnetar.

At this point, the astronomers relied on a top-notch telescope network, to effectively decide which of the two hypotheses is the most plausible:

"To distinguish between these hypotheses, we conducted radio observations using the European VLBI Network at 1.6 GHz to resolve the emission spatially and to search for millisecond-duration radio bursts”, the astronomers, led by Benito Marcote of Joint Institute for VLBI ERIC in the Netherlands, wrote in the paper.

Marcote's team came to believe that FIRST J1419+3940 is a minute radio source with a flux density at a level of 620 µJy. With a luminosity distance reaching about 283 million light years, the size of the source was estimated to be roughly 5.2 light years. In a parallel move, the observations detected no millisecond-duration bursts of astrophysical origin from this object and confirmed that the radio emission coming from it is non-thermal.