Largest study ever finds no link between measles vaccine, autism

TEHRAN, Mar 05 -"In a study of more than 650,000 Danish children, there was no difference in the risk of autism in vaccinated and unvaccinated children," said lead researcher Anders Hviid. 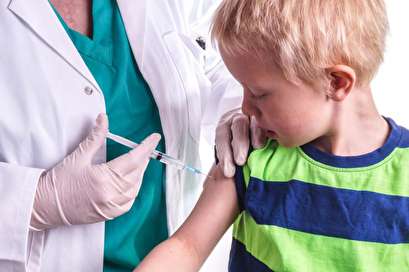 TEHRAN, Young Journalists Club (YJC) -Amid ongoing U.S. measles outbreaks, one of the largest studies to date provides fresh evidence that the measles, mumps and rubella, or MMR, vaccine does not cause autism.

Danish researchers found no link between the MMR vaccine and autism, even when they focused on children at greater risk for developing autism.

"In a study of more than 650,000 Danish children, there was no difference in the risk of autism in vaccinated and unvaccinated children," said lead researcher Anders Hviid. He is a senior investigator of epidemiology with the Statens Serum Institute in Copenhagen, Denmark.

But Hviid is skeptical the new findings will make much difference among anti-vaccine activists.

"I do not think we can convince the so-called anti-vaxxers," Hviid said. "I am more concerned about the perhaps larger group of parents who encounter anti-vaccine pseudoscience and propaganda on the internet, and become concerned and uncertain."

Six measles outbreaks have been reported across the United States in the first two months of 2019, infecting 159 people with the highly contagious virus, according to the U.S. Centers for Disease Control and Prevention.

The largest outbreak, taking place in the Portland, Oregon region, has sickened 68 people, the CDC said.

The discredited link between the MMR vaccine and autism dates back two decades to a study published in The Lancet that claimed a handful of children had been diagnosed with autism within four weeks of receiving the vaccination.

That study received wide publicity, but was subsequently retracted by the medical journal after discovery that the research was fraudulent.

Despite repeated studies demonstrating no link between the MMR vaccine and autism, anti-vaccine advocates continue to cite that concern as one basis for their opposition.

Hviid and his colleagues decided to take another large-scale stab at testing the alleged link. They tracked 657,461 children born in Denmark between 1999 and 2010, following them from 1 year old through August 2013.

During that period, just over 6,500 of the children were diagnosed with autism.

The researchers found no increased autism risk among kids who received the MMR vaccine, compared with those who did not.

In addition, the study found no increased risk for autism even in subgroups of kids who naturally are more likely to develop autism, the researchers said. These included children whose siblings have autism, or who scored high on an autism risk assessment.

This addressed one critique of previous studies of the MMR vaccine and autism. Critics had complained that earlier efforts had failed to focus on the effects of the vaccine on kids at increased risk of autism, according to an editorial accompanying the new study.

The new study was published March 4 in the Annals of Internal Medicine.

Infectious diseases expert Dr. Amesh Adalja called the new study "a very powerful piece of evidence." He was not involved with the new report.

"This study, which includes over a decade of data on more than half a million children, goes further than prior studies by looking in high-autism risk subgroups," said Adalja, a senior scholar at the Johns Hopkins Center for Health Security, in Baltimore.

"That no increased autism risk was found -- even in high-risk subgroups -- is not surprising," Adalja continued. "However, the anti-vaccine movement is not influenced by facts, by science or by logic, so I fear that another study demonstrating the safety of MMR vaccination will not sway those whose allegiance is not to reality, but to irrational arbitrary beliefs."