TEHRAN, Mar 05 - A proposal to use 15 million euros in Saudi Arabian government funds for Milan's La Scala opera house came under fire on Tuesday because of anger over the murder of Saudi journalist Jamal Khashoggi. 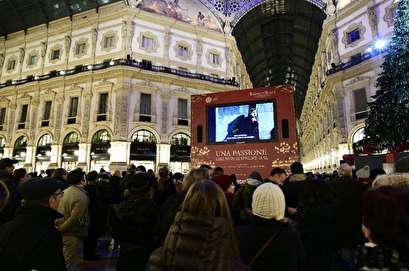 TEHRAN, Young Journalists Club (YJC) - The October killing of the Washington Post contributor in Saudi Arabia's consulate in Istanbul sparked international outrage. Riyadh denies any involvement and says the killing was carried out by rogue agents.

In an interview on Tuesday in La Repubblica newspaper, La Scala director Alexander Pereira confirmed the historic theatre has negotiated a financing deal with the Saudi culture ministry.

Pereira said the proposal was for a partnership of at least five years to raise three million euros a year.

The Saudi minister might join the prestigious opera house's board, according to widespread Italian media reports.

The talks came under fire from opposition leaders.

"The idea that the Saudis will come into La Scala is a slap in the face for Milan over human rights," said Antonio Panzeri, a European lawmaker from the main opposition Democratic Party.

"I understand the need to find funds, but we absolutely cannot allow one of the most prestigious symbols of Milan to collaborate with those who trample on rights and freedom every day in their own country."

Forza Italia party lawmaker Maurizio Gasparri said the government has a duty to defend the "history and identity of La Scala", asking Bonisoli to clarify the government's position.

Theater director Pereira said he had followed the Khashoggi case "with dread" and was aware of the "despotic" nature of the Saudi regime. But he said he was convinced of the "positive force of music".

"Prince Badr is very determined," he said. "He could finance the Scala privately or redirect his proposal elsewhere."