TEHRAN, Mar 06 - A suicide bomber in Afghanistan blew himself on Wednesday in the eastern Afghan city of Jalalabad, Reuters reported. 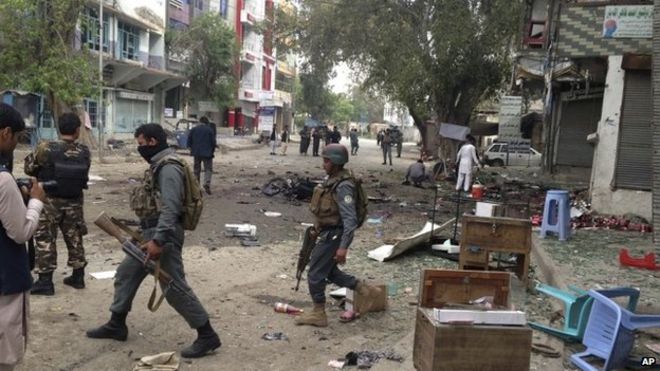 TEHRAN, Young Journalists Club (YJC) - The attacker detonated his explosives near the office of a construction company near the city’s airport, said Attaullah Khogyani, a spokesman for the governor of Nangarhar province, of which Jalalabad is capital.

Firing erupted between members of the security forces and gunmen after the blast, he said.

There was no immediate claim of responsibility for the attack.

The suicide attack is one of the many terrorist attacks that perpetually occurs in the Asian country.

Since 2001 US has settled its forces in Afghanistan and established military bases allegedly to fight terrorism.

There are approximately 14,000 US troops currently in Afghanistan. An additional 8,000 troops from other NATO countries are stationed in the country as well.