TEHRAN, Mar 06 - Iran’s Parliament Speaker Ali Larijani highlighted the US government’s endless enmity toward the country and said Washington’s dreams of undermining the Islamic Republic have never come true because of the Iranian nation’s vigilance. 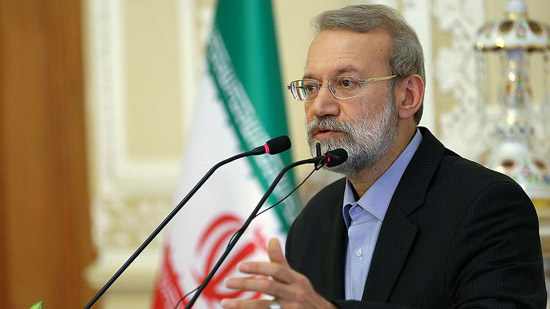 TEHRAN, Young Journalists Club (YJC) - The US has hatched numerous plots against the Iranian nation over the past decades, all of which have failed, Larijani said in a speech on Tuesday evening.

The Americans said they would cut Iranian oil exports down to zero and they said Iranians could not see the 40th anniversary of the Islamic Revolution, but none of the claims came true, he said.

The Iranian people have been vigilant in the face of US plots, he said, adding that what the Americans had dreamed was not realized.

Last month, the United States organized an anti-Iran summit in the polish capital of Warsaw in a bid to heap pressure on the Islamic Republic globally but failed to garner support for its anti-Iran agenda.

Pointing to the uncovered plots that Americans have hatched over the past two years to harm Iran, such as imposing sanctions and assisting Iran’s foes, the Leader said that the US objective was to create bipolarity and division in Iran through sanctions and anti-security measures.

The Iranian nation toppled the US-backed Pahlavi regime on February 11, 1979, ending the 2,500 years of monarchy in the country.