TEHRAN, Mar 06 -A senior member of the European Parliament from Hungary’s ruling Fidesz party said late on Tuesday his group would not accept conditions other MEPs set to remain part of their moderate conservative alliance, worsening a conflict just before European elections. 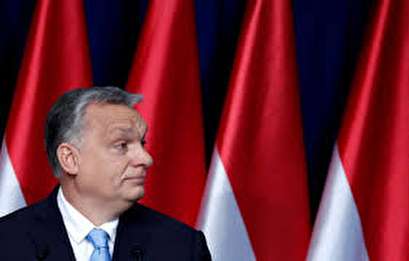 TEHRAN, Young Journalists Club (YJC) -Manfred Weber, the leader of the main center-right party in the European Parliament, said on Tuesday that Hungarian Prime Minister Viktor Orban must apologize for his criticism of the EU or his ruling Fidesz party could be suspended from the group.

But Tamas Deutsch, a Fidesz founder and long-serving MEP in the European People’s Party (EPP), told the private television channel ATV late on Tuesday that he doubted Orban would comply.

“I would be very surprised,” he said. “This is not a kiddy party, where you pulled on my pony tail and it hurts. Manfred Weber is a lot more serious than that.”

Orban, an outspoken nationalist, wants to remain in the EPP, the European Parliament’s largest group, Fidesz said on Tuesday. But pressure is growing within the EPP to suspend or expel it, a move backed by European Commission chief Jean-Claude Juncker.

The Hungarian leader has long been at odds with Brussels over his hard-line stance on immigration and accusations - which he denies - that he is undermining the rule of law.

Orban has launched a media and billboard campaign that frames the May European Parliament elections as a choice between forces backing mass immigration and those opposing it. It also attacks Juncker.

Weber, the EPP’s nominee for European Commission President should the party win the elections, set three conditions for Fidesz to be allowed to stay in the EPP.