TEHRAN, Mar 06 -The US Air Force has flown a pair of strategic nuclear-capable B-52 bombers over the disputed waters near China, in a move that is expected to raise Beiing’s ire. 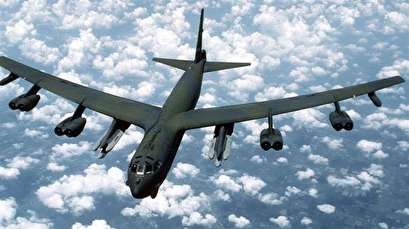 The statement added one of the long-range bombers conducted “training” in the vicinity of the South China Sea, which is almost entirely claimed by China and through which $5 trillion in shipping trade passes annually.

The South China Sea – which sits atop vast reserves of oil and gas -- is in part claimed in part by Taiwan, Brunei, Vietnam, Malaysia and the Philippines.

The US military further said the second bomber went on a similar mission alongside the Japanese Air Force over the East China Sea, which has been the subject of a separate maritime dispute involving Beijing and Tokyo, among their other neighbors.

The US – which usually sides with Beijing’s rivals in the territorial rows -- claims the Pacific Command’s frequent aerial missions over the disputed islands of both seas are intended to ensure the readiness of US forces, and are in accordance with international law.

Besides its aerial missions, Washington also sends warships close to the islands claimed by China in what the US calls “freedom of navigation” patrols.

China, however, sees such flights and naval patrols as both clear provocations and a show of force challenging Beijing’s sovereignty in the region. It says such deployments could easily trigger miscalculation or even accidents at sea or in air.

Beijing has on numerous occasions warned the US against interfering in its territorial disputes with its neighbors.

The recent maneuvers could further escalate already tense relations between Washington and Beijing, which are currently locked in a trade dispute.