TEHRAN, Mar 06 - Asylum seekers who are allowed to leave Australian-run migrant camps in Pacific nations to get medical treatment will be sent to a prison-like facility on a remote Australian island, the prime minister said Wednesday. 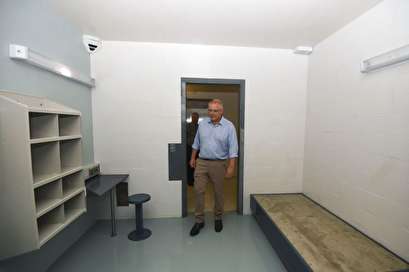 Australia pays Nauru and Papua New Guinea to accommodate almost 1,000 asylum seekers who have attempted to reach the Australian coastline by boat since 2013. Boats carrying asylum seekers from Africa, the Middle East and Asia had been arriving daily from Indonesian ports, but the smuggling attempts have all but stopped since the government announced that no refugees who arrive by boat will ever be allowed to settle in Australia.

Medical evacuations have proven to be a crack in the policy. Sick asylum seekers often have to fight the government in court for permission to be transferred to an Australian hospital, but hundreds granted that permission have received court injunctions that prevent their return to the islands.

The government began reopening a Christmas Island camp in December after a new law was passed allowing doctors rather than bureaucrats to decide which asylum seekers could come to Australia for hospital treatment. The law passed through the support of political parties outside the government and against the government's wishes.

A new doctors' panel to decide the medical transfers to Australia has not yet been appointed.

The government had warned last year that the medical-treatment law could allow all the asylum seekers on the islands to come to Australia and encourage more of the risky people-smuggling journeys.

Morrison said the island's high-security Northwest Point Immigration Detention Center was ready to accept up to 250 men transferred for medical treatment and can be quickly ramped up to accommodate 600.

"My attention here is to ensure that vexatious acts ... by those who would seek to game the system to come to Australia using these loopholes will think twice about it," Morrison told reporters.

Women will be transferred to a less secure facility on the island. Only 4 percent of asylum seekers on Nauru and Papua New Guinea are women, Immigration Minister David Coleman said.