TEHRAN, Mar 06 - The leader of Estonian's main center-right party, who won an election on Sunday but fell shy of a majority, said on Wednesday she would open what are likely to be tough coalition talks with the outgoing ruling center-left party. 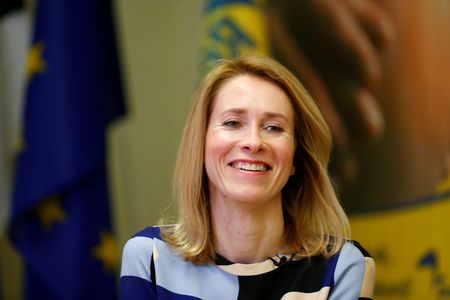 But a surge by the far right increases the likelihood that Kallas will have to work with the Centre party of outgoing prime minister Juri Ratas, which placed second. The two parties have been the main rivals in Estonian politics for years and have not governed together since 2003.

Reform is known for its staunch pro-Western views, while the Centre party has sometimes adopted an approach that is less confrontational toward Moscow. The far-right EKRE made major gains in the election, but all other parties have ruled out bringing it into government.

"Yes, our views are somewhat different, but Estonia has always had a coalition government, and we believe we can reach an agreement to reflect both supporters' views," Kallas said of her outreach to the Centre party.

A coalition of the two would command a comfortable majority with 60 seats out of 101 in the Estonian parliament.

Centre's leader, outgoing prime minister Ratas, said immediately after election results showed his party had lost to Reform that he would seek to be part of a coalition government. Other leaders in the party have expressed doubts.

While both are fiscally conservative, Reform has championed business-friendly reforms and the flat tax that was long the hallmark of the Estonian economy. Centre has sought to make the tax system more progressive along the lines of richer neighbors such as Finland.

President Kersti Kaljulaid, who names the politician to form the next government, meets all party leaders on Wednesday but could take until next month before officially naming Kallas.