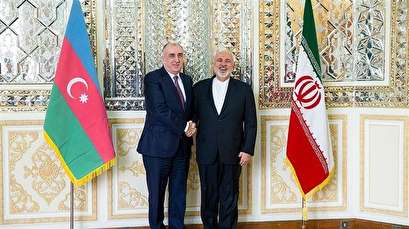 During the meeting, the two sides exchanged views on bilateral issues and regional developments.

In recent years, Tehran and Baku have developed close ties in different fields such as defense and economy.

Iran and Azerbaijan have also been working on a key North-South transport corridor, which is expected to connect Northern Europe to Southeast Asia through their territories.