TEHRAN, Mar 10 - Former US Vice President Joe Biden and Sen. Bernie Sanders stand out among likely caucus-goers in Iowa, with Biden having a slim 2-point edge ahead Sanders. 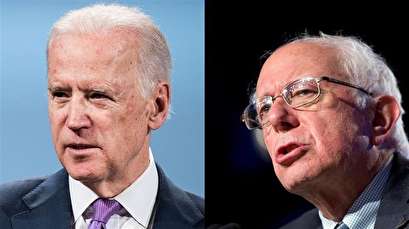 TEHRAN, Young Journalists Club (YJC) -According to a Des Moines Register/CNN/Mediacom poll released Saturday, Biden, who has not announced whether he is running in the 2020 election, received 27 percent and Sanders got 25 percent.

“If I’m Joe Biden sitting on the fence and I see this poll, this might make me want to jump in,” J. Ann Selzer, president of Selzer & Co, which conducted the poll, told the Des Moines Register.

While, nearly 70 percent said Biden’s political views are “about right” and do not lean too liberal or conservative, almost 64 percent noted his experience is an asset, saying that he should at least run.

Biden, who has been mulling a White House bid for months, is expected to officially join the race in the coming months, which would make it the third time he has run for president.

While Biden fell 5 percentage points from 32 percent in the last Iowa poll in December, Sanders has seen an increase of 6 percent in his support.

Just below 45 percent of likely caucus-goers say Sanders is “too liberal,” whereas 48 percent say his views are “just right.”

“If we do not win, I will strongly support the Democratic nominee…and hope and believe that others feel exactly the same way. Donald Trump must be defeated,” Sanders said Saturday in Iowa.

He also said that he would not go on the offensive against the other nominees of the Democratic Party.

“The nature of our campaign is not belittling people, it’s not opposition research, it’s not attacking other people, but is a serious discussion about the issues facing the American people,” he said.