TEHRAN, Mar 10 - Sudan sentenced nine women to a month's imprisonment for taking part in anti-government protests, an opposition group said Sunday, the latest in a crackdown aimed at quashing almost three months of protests calling for the country's autocratic president to step down. 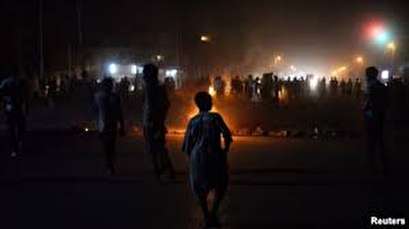 TEHRAN, Young Journalists Club (YJC) - The emergency court in Khartoum, which handed down the verdict on Saturday, also ordered 20 lashes for each woman but then waived the flogging, apparently giving in to pressure from the women's families rallying outside the courthouse at the time, said the Democratic Lawyers Alliance.

The alliance is part of the Sudanese Professionals Association, an umbrella organization that has been spearheading the anti-government protests across Sudan.

Hundreds of protesters have been brought before emergency courts across Sudan for speedy trials over violating a state of emergency declared by President Omar al-Bashir in late February.

Sarah Abdel-Jaleel, a spokeswoman for the Sudanese Professionals Association, said the rulings against the women were part of "a series of arbitrary sentences against peaceful protesters" by emergency courts in the past week.

The nine women were arrested just hours earlier on Saturday, a day after al-Bashir ordered that all women detained in the protests be released to mark International Women's Day, March 8.

The Sudanese Professionals Association called for opposition supporters to march to the parliament Sunday to denounce the emergency laws.