TEHRAN, Mar 10 - Germany's foreign minister criticized Turkey for refusing to issue credentials to foreign reporters, saying in an interview published Sunday that such actions were "not compatible with our understanding of press freedom." 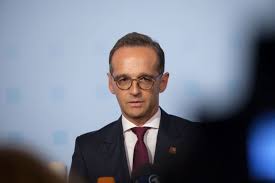 They include Joerg Brase, a correspondent for German public broadcaster ZDF, and Thomas Seibert, a reporter for Berlin-based daily Tagesspiegel.

"If journalists are prevented from doing their work, then that's not compatible with our understanding of press freedom," Tagesspiegel quoted Maas as saying.

"Without press scrutiny, (there can be) no free democracy," the German minister added.

"It can't be ruled out that the Turkish government will take further measures against representatives of German media as well as civil society organizations," the ministry said.