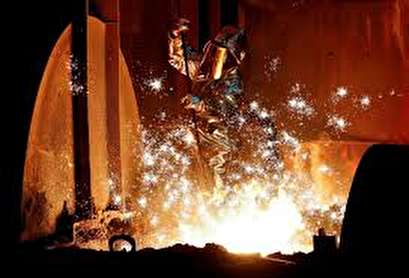 The same factors are impacting the rest of the EU, and Monday’s data added weight to a dovish policy shift by the European Central Bank last week as safe-haven bonds rose.

“Industrial production is hard data and it is really cementing the impression that the European economy is slowing down,” said Mizuho rates strategist Antoine Bouvet.

“It is lending credibility to the view that the slowdown is not temporary.”

German business daily Handelsblatt said on Monday the federal government had cut its in-house GDP growth outlook to 0.8 percent for 2019, the second reduction in less than two months.

The figure for December was sharply revised up, however, to a 0.8 percent increase from a previously reported 0.4 percent drop, and the euro recovered ground after a brief dip.

Automobile production fell by 9.2 percent on the month in January, separate data from the Economy Ministry showed.

It blamed special factors such as strikes at suppliers and a switch to new brands for the weak performance, though German carmakers are also at the sharp end of a sectoral dip driven by a slowdown in China, a plunge in demand for diesel vehicles and costly investments in electric as well as self-driving cars.

“The headwinds from abroad are hitting the German economy particularly hard,” Sophia Krietenbrink from the DIHK Chambers of Industry and Commerce said.

The unexpectedly weak data suggests the German economy is likely to post only meager growth in the first quarter after it barely avoided a recession - defined as two consecutive quarters of contraction - in the second half of last year.

The German government had already cut 2019 growth expectations in January to 1.0 percent from 1.8 percent.

The slowing economy means tax revenues are likely to be lower than expected this year, which could increase tensions in Chancellor Angela Merkel’s governing coalition over spending priorities.