TEHRAN, Mar 11 - European shares recovered on Monday with merger talk lifting the battered banking sector and helping offset worries over a slowdown in the global economy, while the crash of a Boeing 737 MAX hit shares in its French engine maker Safran. 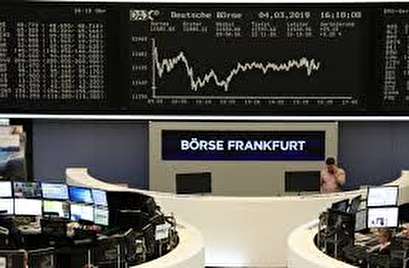 Sterling was weaker amid uncertainty about Britain’s exit from the European Union as parliament prepared to vote on the government’s Brexit deal.

German lender Commerzbank was among the biggest gainers on the STOXX 600, up 4.2 percent, after reports at the weekend of a possible tie-up with Deutsche Bank, which also rose 1.8 percent.

The management board of Deutsche has agreed to hold talks with Commerzbank on the feasibility of a merger, a person with knowledge of the matter said on Saturday.

On Friday, a German magazine said the CEOs of the two banks had been in intense talks for some days.

Berenberg’s equity sales team said a merger between the two could make sense, given the overlap in their businesses, even though Deutsche has repeatedly said it needs to focus on increasing its own profitability.

Nevertheless, “failure to deliver on the ROTE (Return on tangible equity) target could force Deutsche to consider a more radical shift in strategy, possibly including a merger,” they added.

Merger hopes lifted Charter Court Financial and OneSavings Bank up 9.1 percent and 9.7 percent respectively after the two UK challenger banks said they were in advanced talks about a possible all-share tie-up.

Shares in Boeing rival Airbus edged up 0.5 percent, while Frankfurt-listed Boeing shares were down 9 percent.

Among airlines, most shares were up slightly, although Ryanair, the largest operator of Boeing planes in Europe, fell 1 percent with traders attributing its losses to worries over a possible hard Brexit.