TEHRAN, Mar 11 -The Turkish Foreign Ministry has summoned the Belgian ambassador to the country, Michel Malherbe, to protest a Brussels appeals court decision that blocked the prosecution of people with alleged links to the Kurdistan Workers’ Party (PKK) militant group. 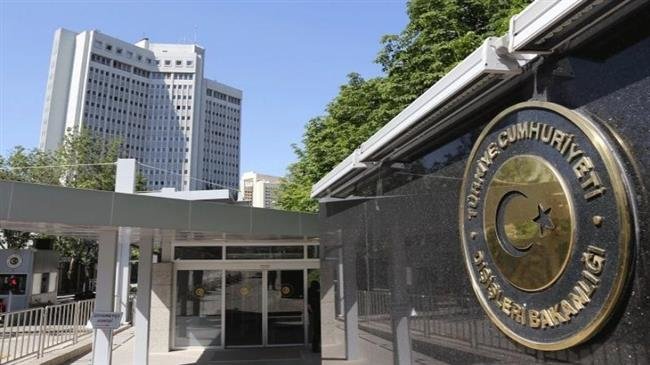 TEHRAN, Young Journalists Club (YJC) - “The Belgian ambassador was summoned to the ministry today to share our disapproval of the decision by the Belgian Chamber of Indictment on March 8,” an unnamed source at the ministry said on Monday.

The source added, “Despite evidence submitted by the Federal Prosecutor of Belgium on the PKK’s terrorist nature, this decision, as it stands, provides the terrorist organization with a very dangerous area of exploitation.”

Belgian embassy officials could not immediately be reached for comment.

Meanwhile, Turkey’s Foreign Ministry spokesman Hami Aksoy said it was possible to appeal the decision in the Belgium Court of Appeals.

“Turkey will continue its legal fight determinedly,” he said. “We expect our ally Belgium to act in line with counter-terrorism responsibilities and take the necessary steps in the fight against the PKK terrorist organization in an effective manner,” Aksoy noted.

On Friday, an appeals court in the Belgian capital city of Brussels ruled that "insufficient elements were provided to conclude that the PKK is guilty of terrorist offenses.”

The court had already rejected federal prosecutor's request to send around 30 suspected PKK members to a higher criminal court, saying that “an armed campaign cannot be considered as an act of terror.”

The defendants allegedly recruited young Kurds in Belgium and elsewhere in Europe, and then took them to combat training camps.

The Belgian ambassador said last week that his country’s position vis-à-vis had not changed. “The position of the state which I represent should be well noted: the PKK is a terrorist organization,” he said in a statement.

But Malherbe noted it was “necessary to accept that” the Belgian judiciary and the Belgian government were independent of each other.

Turkey, along with the European Union and the United States, has declared the PKK a terrorist group and blacklisted it. The group has been seeking an autonomous Kurdish region since 1984.

A shaky ceasefire between the PKK and the Turkish government collapsed in July 2015. Attacks on Turkish security forces have soared ever since.

Over the past few months, Turkish ground and air forces have been carrying out operations against PKK positions in the country as well as in northern Iraq and neighboring Syria.

More than 40,000 people have been killed during the three-decade conflict between Turkey and the autonomy-seeking militant group.