TEHRAN, Mar 12 -More than 50 retired American generals and diplomats have called on the administration of President Donald Trump to return to the 2015 nuclear deal with Iran, now that Tehran remains fully compliant with its end of the bargain. 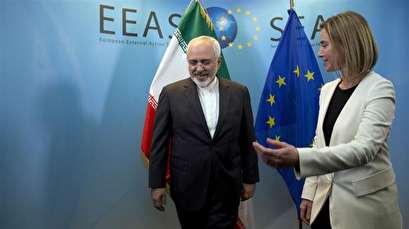 TEHRAN, Young Journalists Club (YJC) -In a statement released on Monday, the ex-officials said Washington’s withdrawal from the agreement, officially named the Joint Comprehensive Plan of Action (JCPOA), put Tehran’s continued compliance and the benefits from the deal at risk.

They also stressed that Iran is honoring its side of the bargain as repeatedly confirmed by the UN nuclear watchdog.

“Iran is complying with the agreement. In a recent report, the International Atomic Energy Agency confirmed Iran’s compliance to the 2015 nuclear deal, despite the United States’ withdrawal from the deal and re-imposition of economic sanctions. Tehran’s continued adherence to the agreement demonstrates the Iranian government’s commitment to its initial pledge,” they said.

The retired American officials further highlighted the “firm” commitment of Washington’s European allies in the JCPOA – France, Britain and Germany -- to keeping the deal in place in defiance of US calls for them to leave it.

“In a recent statement, the Council of the European Union expressed ‘resolute commitment to and continued support’ for the Iran deal, which they consider ‘a key element of the global nuclear non-proliferation architecture and an achievement of multilateral diplomacy,’” they added.

They also emphasized that Washington’s return to the nuclear deal “advances the United States’ national interests” and enables it “to work more closely” with its European allies.

“Re-entry into the nuclear deal will contribute to establishing a broader US national strategy for the Middle East,” the statement read. “Reentering the agreement and lifting the sanctions will greatly enhance the United States’ ability to negotiate improvements and enable us to address our concerns with the existing agreement.”

The statement was organized by the American College of National Security Leaders, a network of retired admirals, generals, ambassadors, and government executives.

Last year, Trump unilaterally pulled the US out of the JCPOA and unleashed the “toughest ever” sanctions against Iran despite international objections.

Since then, the US has been trying to coerce the Europeans into following its lead and scrapping the nuclear accord.

However, the remaining signatories to the JCPOA have vowed efforts to compensate for Washington’s absence and make sure Iran will be able to collect its economic dividends of the deal, among them selling oil freely.

Iran’s European partners in the JCPOA have recently unveiled a non-dollar direct payment channel, known as INSTEX, with the aim of protecting their companies against US bans and enabling them to continue trade with Iran.

In its initial stage, INSTEX will facilitate trade of humanitarian goods such as medicine, food and medical devices, but it will later be expanded to cover other areas of trade, including Iran’s oil sales.