Impeaching Trump 'just not worth it': US House speaker

TEHRAN, Mar 12 - US House Speaker Nancy Pelosi (D-Calif.) has said that she's against impeaching President Donald Trump "unless there's something so compelling and overwhelming and bipartisan.” 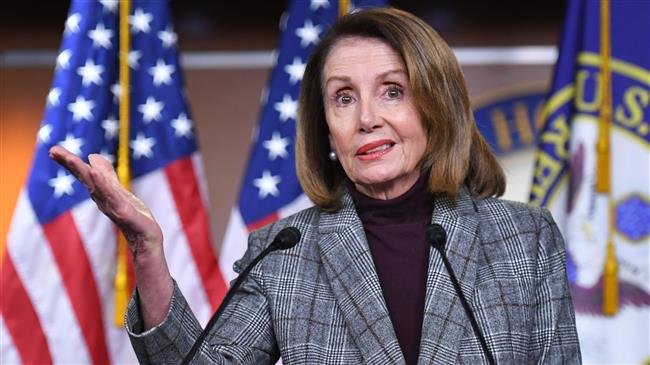 TEHRAN, Young Journalists Club (YJC) - In a Washington Post interview published on Monday, Pelosi argued that Trump is “just not worth it."

"I’m not for impeachment. This is news. I’m going to give you some news right now because I haven’t said this to any press person before. But since you asked, and I’ve been thinking about this: Impeachment is so divisive to the country that unless there’s something so compelling and overwhelming and bipartisan, I don’t think we should go down that path, because it divides the country. And he’s just not worth it," Pelosi said in the interview, which was conducted last week.

Pelosi said she believes Trump is not fit to serve as president, but still opposes impeachment at the moment.

"Are we talking ethically? Intellectually? Politically? What are we talking here?" she said. "All of the above. No. No. I don’t think he is."

Although Pelosi's latest comments suggest that she will not support impeaching Trump, in the past she has said that the information obtained from special counsel Robert Mueller, who is investigating allegations that Trump's campaign team colluded with Russia to sway the

Democrats have been divided on the impeachment issue since they retook control of the House in January.

However, the Senate, which is controlled by the Republicans at least until the 2020 presidential election, would need to support the move.

Trump, who according to sources close to the White House saw impeachment as a “real possibility” when Democrats take over the House, warned that the people of America would revolt if he were impeached.

"It’s hard to impeach somebody who hasn’t done anything wrong and who’s created the greatest economy in the history of our country,” Trump said during an interview with Reuters in the Oval Office of the White House in December last year. 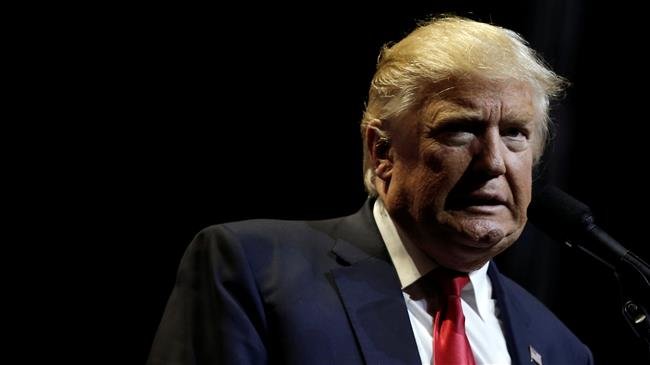 According to a Harvard CAPS/Harris poll released to The Hill in December, almost 60 percent of American voters said Trump should be either impeached and removed from office or formally censured.

Cohen's campaign finance law violations included paying hush money to women who Trump had alleged affairs with prior to the 2016 US presidential campaign.

Pelosi’s move can work against her: Analyst

“As it gets closer to the end of 2019 and full-fledged campaign season for 2020, talks of impeachment can only generate enthusiasm for Democrats heading into the next round of elections. So many of the new Democrats who ran and won in 2018 ran on pledges to impeach President Trump or to make him the issue,” political analyst Myles Hoenig told Press TV.

“Pelosi shutting the door on such talk can actually work against her as candidates running in 2020 would be distancing themselves from her, as she is so entrenched in status quo politics.
But that wouldn’t necessarily be bad for the Democrats overall as such division actually shows enthusiasm and energy, something that disappeared after Clinton’s disastrous run for the presidency and only revived in their 2018 resurgence,” stated Hoenig, a former Green Party candidate for Congress.

“One thing for sure, though, is that impeaching Trump is very popular, but his removal would not likely happen. And with Pelosi controlling the House, still very unlikely to happen. Trump, very much like Bill Clinton, could come out of it ahead. Also, if he were to be impeached and removed, the Party would be permanently deflated with President Mike Pence, a far more dangerous possibility,” he said.

“When the Mueller report comes in and if there are more indictments, the Democrats are going to have too much to weigh for their own good. In a way, Pelosi is saving the party from a potential disaster,” the analyst noted.