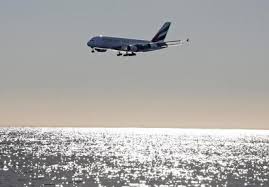 TEHRAN, Young Journalists Club (YJC) - It said the General Civil Aviation Authority (GCAA) would join the U.S. Federal Aviation Administration and planemaker Boeing in collecting data to help determine the reason for the crash, which killed all 157 people on board.

Sunday's disaster -- following another fatal crash of a 737 MAX jet in Indonesia five months ago -- has caused alarm in the international aviation industry and wiped billions of dollars off the market value of the world's biggest planemaker.

The GCAA has also reached out to its Chinese counterpart and to Ethiopian Airlines and Cayman Airways seeking information on their decisions to ground their MAX 8 planes.

UAE airline flydubai has said it remains confident in its 737 fleet, which includes 11 MAX 8s.

"The GCAA will not be reluctant to ground the UAE Registered Boeing 737 Max Fleet, if required, to ensure the highest standards of aviation safety is achieved," it said.

A different type of 737 operated by flydubai crashed in Russia in 2016, killing all 62 people on board. That incident remains under investigation though a preliminary report suggested pilot error was to blame.