TEHRAN, Mar 13 -The mainstream US media -- which panders to the Democratic Party’s corporate directives -- wants someone who is as “racist, anti-worker, war-mongering, pro-corporate” as former Vice President Joe Biden is, according to Myles Hoenig, an American political analyst and activist. 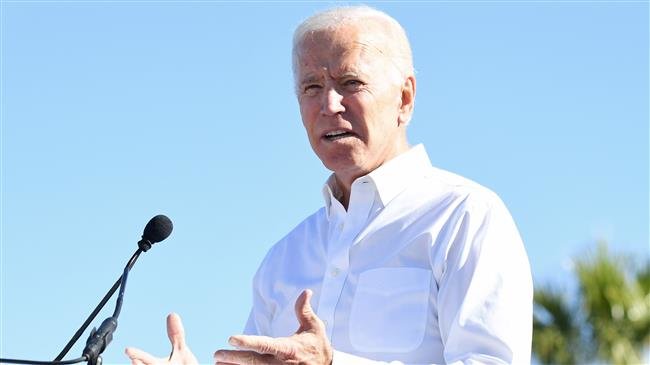 TEHRAN, Young Journalists Club (YJC) -Hoenig, a former Green Party candidate for Congress, made the remarks in an interview with Press TV on Wednesday while commenting on reports that Biden is planning to run for president in the 2020 election.

“Joe Biden is probably the most qualified to run for president. But with that said, so was Hillary.  The only difference is that the disaster that's coming is more likely to happen in the Primary rather than the General Election,” Hoenig said.

“Joe Biden can’t be farther apart ideologically and policy wise than many of his counterparts who are running in the Primary. He may like to come off as an ‘aw shucks’ kind of Joe Six-Pack, one of the fellahs, but his history is more of the board rooms of corporations and banks. There was a reason that he used to be called the senior senator from MBNA (a high powered national bank headquartered in his state of Delaware),” the analyst said.

“His presence is certainly going to suck the oxygen out of the room when it comes to his competitors. He has the best name recognition next to Sanders and is likely to consume all the news coverage away from 3rd tier candidates. The media very much controls which candidate gets how much coverage. The Clinton campaign influenced them to totally focus on Trump which only gave him free air time at Clinton’s expense. That the media is claiming in their polls that Biden is top of the heap, even outdistancing Sanders, may be pathetic pandering to the Democratic Party’s corporate directives, but it works,” he noted.

“The media wants someone who is as racist, anti-worker, war-mongering, pro-corporate as Biden is. That is why CNN, for example, did its first town hall with Kamala Harris, a favored recipient of Time-Warner contributions, and the owner of CNN. But now with Biden soon to be in the race, the media will actually pretend that there’s an actual election going on,” the commentator said.

“The big question is how will the Democratic partisans, those who vote in primaries, take it all. Some will see Biden as electable, regardless of his horrendous track record. But a huge portion of this population will see a return to the Sanders/Clinton campaign and will suck it up when the DNC, along with the media, corrupt the process against Sanders.  Yet this is no guarantee that Biden will be the winner, as it easily could be someone as right wing, racist, and pro-corporate, like Harris, to win the nomination,” he concluded.