TEHRAN, Mar 13 - British MPs vote to rule out the possibility of a Brexit without any deal. 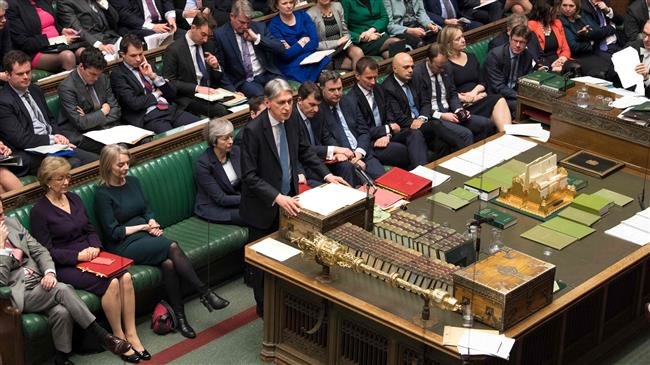 Tabled by West Midlands MPs Caroline Spelman and Jack Dromey, the motion was aimed at stopping the premier from exiting the EU on March 29 without a withdrawal agreement or future relationship framework.

Based on the new vote, unless the UK and EU reach a deal the default no-deal option would not be approved in the House of Commons.

The vote came after May’s plan to exit the European Union was also rejected with only 17 days before the Brexit due date.

The new decision in the house would increase pressure on the government of May to negotiate a deal with Brussels at any cost.

Earlier in the day, British MPs also rejected another amendment, seeking to delay Brexit until May 22.

The European Commission has announced that it would spare “no effort to try and reconcile UK red lines and demands with our duty to protect the EU, the integrity of Internal Market, and the interests of EU citizens. The Withdrawal Agreement is the best and only possible solution.”