China accuses US of prejudice over human rights issues

TEHRAN, Mar 14 - China responded to new U.S. allegations of widespread human rights abuses with its own accusations of prejudice and interference, saying Thursday that Washington should drop its "Cold War mentality" and stop interfering in China's internal affairs. 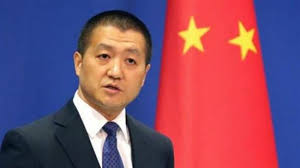 TEHRAN, Young Journalists Club (YJC) - In presenting the annual U.S. State Department report on human rights around the world, U.S. Secretary of State Mike Pompeo said Wednesday that China "is in a league of its own" when it comes to human rights abuses, citing mass detentions of an estimated 1 million Muslims and the repression of Christians, Tibetans and other religious minorities.

At a daily briefing, Chinese foreign ministry spokesman Lu Kang dismissed the report as similar to those of previous years and "full of ideological prejudice." He said China hoped the U.S would "also take a good look at its own human rights record."

The exchange marks the latest dust-up between the world's two largest economies, already locked in a trade war and disputes over Chinese territorial claims in the South China Sea, Taiwan and Chinese foreign policy maneuvering seen as aimed at reducing America's global influence.

Lu said the U.S. report disregarded facts and made "groundless allegations" against China, and he praised the advancement of rights in the country.

"China's human rights cause has made great progress," Lu said. "We hope the U.S. will remove the colored lenses and discard the Cold War mentality ... and view China's human rights progress in an objective and just way and stop interfering in China's internal affairs with human rights as a pretext."

China on Thursday issued its annual tit-for-tat on human rights in the U.S., relying heavily on American media reports, including from outlets that the Chinese government frequently condemns for critical reporting on its own country.