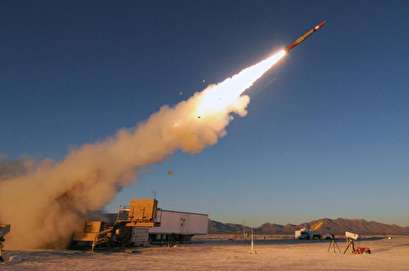 TEHRAN, Young Journalists Club (YJC) -The contract is for incidental services, hardware, facilities, equipment, as well as all technical, planning, management, manufacturing and testing efforts to produce the Patriot, which is an acronym for the Phased Array Tracking Radar to Intercept on Target, the Department of Defense announced Thursday.

Work will be performed at Lockheed's plant in Grand Prairie, Texas, with an estimated completion date of Dec. 31, 2024. Army fiscal 2019 other procurement funds in the full amount were obligated at the time of the award.

Patriots defend against incoming threats, including tactical ballistic missiles, cruise missiles and aircraft. The PAC-3 missiles first were deployed during the Iraq conflict in 2003 with 100 percent effectiveness.

"The 'Hit-To-Kill' PAC-3 Missile is the world's most advanced, capable and powerful terminal air defense missile," according to Lockheed Martin.

Lockheed has manufactured more than 2,000 missiles for 13 foreign nations and the United States.