TEHRAN, Mar 16 - Slovakia may see its first female ceremonial head of state as the nation heads to the polls to elect a new president. 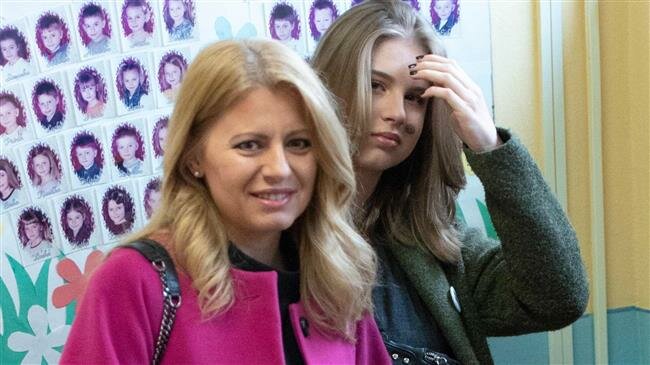 Caputova, an environmental lawyer, is a vocal government critic who emerged as the clear favorite after the murder of investigative journalist Jan Kuciak and his fiancee, Martina Kusnirova, created distrust among masses regarding the central European country's ruling political establishment.

Caputova, who is a deputy head of the non-parliamentary Progressive Slovakia party, has appealed to voters tired of the country's main political players and vowed to restore public trust in the state, running on a slogan of, "Stand up to evil."

Several voters said that they were impressed by Caputova's fresh approach to politics.

Project manager Nora Bajnokova said she supported Caputova because "she is a woman, a mother, a lawyer and not involved in active politics."

"Caputova attracts those who abhor corruption and are dissatisfied with what they see as an increasingly... self-dealing government," said university professor Kevin Deegan-Krause from Wayne State University.

Her rival, Sefcovic, is an independent backed by the ruling Smer-SD party and “appeals to those with a certain satisfaction with the progress of a country which, by many indicators, has not done at all badly over the last decade," Deegan-Krause explained.

Campaigning on the slogan "Always for Slovakia," Sefcovic has promised greater social benefits for the elderly and young families.

Neither candidate is expected to win the required 50 percent for outright victory in the first round.

A likely run-off for the post, which is mostly ceremonial, is scheduled for March 30.