TEHRAN, Mar 18 -Russia has announced plans to deploy nuclear-capable strategic bombers to the Crimean Peninsula in response to the US missile defense deployment in Romania. 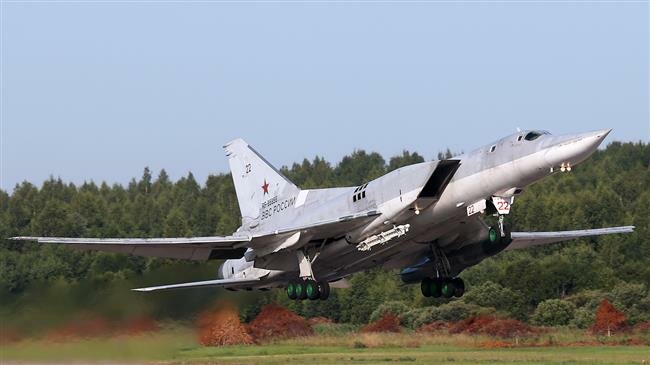 TEHRAN, Young Journalists Club (YJC) -Russia's RIA news agency quoted a senior Russian lawmaker as saying on Monday that Moscow had decided to station the Tupolev Tu-22M3 long-range bombers at the Gvardeyskoye air base in Crimea.

"The US missile defense deployment in Romania was a serious challenge, in response to which the Russian Defense Ministry decided to deploy in Crimea, at the air base in Gvardeiskoye, squadrons of Tu-22M3 long-range bombers," Viktor Bondarev, head of the upper house of Russian parliament's defense and security committee, was quoted as saying.

“This step radically changed the balance of forces in the region,” Bondarev added.

The senior Russian lawmaker said the strategic bombers stationed in Crimea would be modernized to be able to destroy air and missile defense systems everywhere in Europe.

The United States and other NATO members have increased their military activities in Eastern Europe since the eruption of the Ukrainian crisis in 2014 and Russia’s reunification with Crimea in a referendum.

The deployment of bombers in Crimea comes in the backdrop of Washington’s withdrawal from the the Intermediate-range Nuclear Forces Treaty (INF) with Moscow, signed in 1986 between then US president, Ronald Reagan, and his Soviet Union counterpart, Mikhail Gorbachev.

US President Donald Trump said on October 20, 2018 that Washington would pull out of the INF over the claim that Moscow had violated the pact. Russia has rejected that claim.