Media ‘working overtime to blame me for the horrible attack in New Zealand’: Trump

TEHRAN, Mar 18 -US President Donald Trump has said the mainstream media is “working overtime” to blame him for last week’s deadly terrorist attack at two mosques in New Zealand that killed 49 people and injured dozens more. 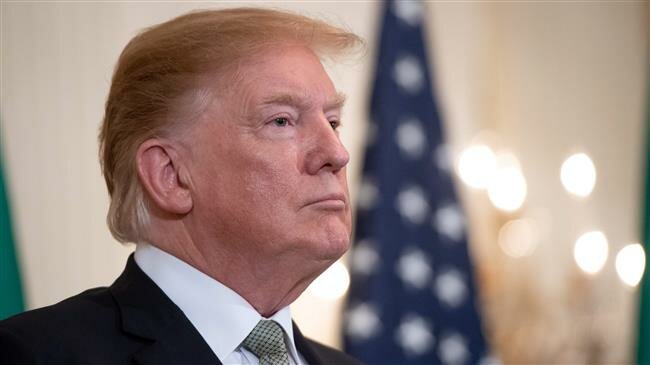 TEHRAN, Young Journalists Club (YJC) -“The Fake News Media is working overtime to blame me for the horrible attack in New Zealand. They will have to work very hard to prove that one. So Ridiculous!” he tweeted on Saturday.

Several journalists have focused on attacker terrorist Brenton Tarrant’s manifesto, which called Trump a “symbol of renewed white identity,” and some have argued the US president has stoked white extremism worldwide.

Minnesota Attorney General Keith Ellison pointed this out during an interview with CNN on Monday.

“I think sometimes you simply have to yield to the objective evidence, and that is, it points to him being sympathetic to that point of view,” said Ellison, who was the US Representative for Minnesota's 5th congressional district from 2007 to 2019.

Hours after the mass slaying of Muslim worshipers by Tarrant – a self-confessed Australian white supremacist and Trump supporter – at the two mosques in Christchurch, the US president said he doesn’t view white extremism as a rising threat even though many blame the massacre on his demonization of Muslims.

“I don’t really. I think it’s a small group of people that have very, very serious problems,” Trump told reporters at the White House when asked if he thought white nationalism is a growing global threat.

Muslim and civil rights activists have long accused Trump of promoting intolerance. He called for a “total and complete shutdown” of Muslims entering the US during his election campaign.

Some analysts have rejected Trump’s claim about the threat of white nationalists, saying the US president’s immigration policies have emboldened far-right groups and white supremacist ideology in the West.

“For him to not to be able to know that right-wing extremism is on the rise is very ignorant,” Lemon, a CNN host and vocal critic of Trump, said on Saturday.

"In many white supremacists' attacks on the American-Muslim community, the attackers cite Trump and cite his policies," Awad said at a news conference on Friday in Washington.