7 killed in election-related attack in Bangladesh

TEHRAN, Feb 19 - Police say at least seven people have been killed and 15 others wounded by gunmen who opened fire on two cars returning from a polling station with ballot boxes in southeastern Bangladesh. 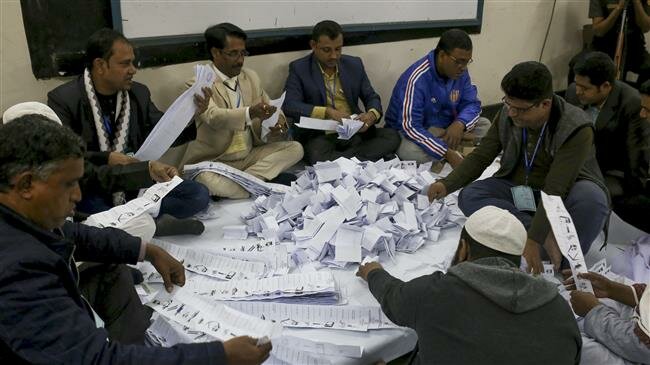 TEHRAN, Young Journalists Club (YJC) - Local police official Manjurul Alam said early Tuesday that the attack took place on Monday evening when the polling and security officials were returning from the polling station at Baghaichhari in Rangamati district, an area once hit by tribal insurgency.

Voting was held in Rangamati to elect local government officials, but some candidates boycotted the polls, citing irregularities.

It was not clear who were behind the attacks. Several armed tribal groups are active in the area.