US feels intimidated by Chinese because they very powerful: Analyst

TEHRAN, Mar 20 -The United States feels intimidated by China because Chinese are growing and very powerful, according to American political analyst and radio host Jakob Musick. 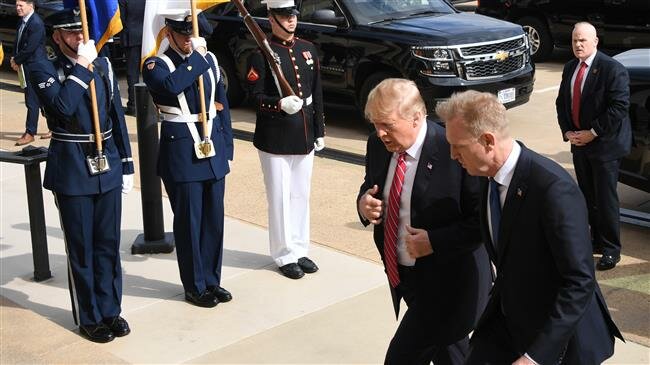 The US has been using its $716 billion 2019 budget to fight a number of wars in the Middle East region while seeking to match Russia’s pace in developing a range of new strategic weapons.

However, Shanahan made his priorities clear on January 3- his first day in office- when he told reporters that his first concern was “China, China, China.”

Musick told Press TV on Tuesday, “As far as this focus on China, this is complimentary with the administration’s other initiatives such as what people are calling the trade 'war', and moving toward protectionism. You know this administration is not very China friendly. But at the same time it’s hard enough not to think that with Russia, with China to a lesser extent, with Iran, I guess with North Korea not so much anymore, but the United States has since the cold war has had to continuously identify enemies to justify its continued increases in military spending, because military spending is an integral part of its economy of the United States.”

“I think the focus on China is partly because they feel intimidated --the United States – by China, because they are growing and are becoming very powerful,” he added.

“Chinese goods and business is one of cornerstones of US prosperity but instead they are denying this. China could be a partner of the United States. Instead they want to be adversarial because they feel threatened. And I think this is the wrong tack to take. And I think the United States ultimately will have to turn away from this position because honestly so many of the goods we are used to are produced in China,” the analyst said.

“I think the United States will have to come to a reckoning with this. I think the government will probably do an about-face in the next administration or perhaps after that. America and China whether they like it or not are close partners,” he noted.