TEHRAN, Mar 25 - New Zealand’s Prime Minister Jacinda Ardern has ordered an independent judicial inquiry into the recent terror attacks on two mosques in the city of Christchurch to decide whether the intelligence services and police could have prevented the killing spree. 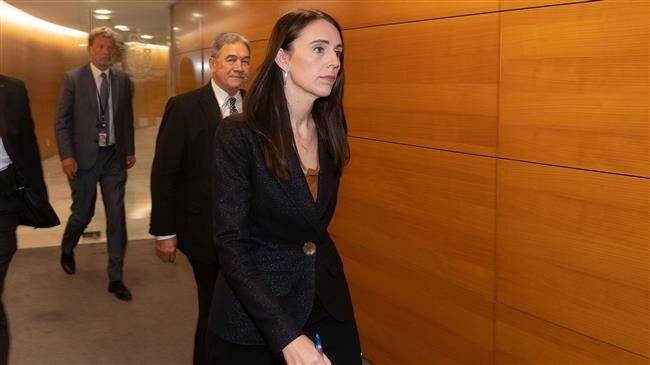 TEHRAN, Young Journalists Club (YJC) - “It is important that no stone is left unturned to get to the bottom of how this act of terrorism occurred and what, if any, opportunities we had to stop it,” Ardern told reporters at Parliament House in the capital, Wellington, on Monday.

Fifty people were killed and another 50 were wounded – several of them in critical condition-- by the same gunman during Friday prayers at the Christchurch mosques on March 15.

New Zealand’s prime minister further said a royal commission, the most powerful judicial inquiry under New Zealand’s law, was needed to figure out how a single gunman managed to shoot dead 50 people.

The gunman took his time to livestream one of the twin attacks on his Facebook page, and even found the time to go back to his vehicle in the middle of the massacre, grab new weapons and return to the site for more killings.

“One question we need to answer is whether or not we could or should have known more,” the 38-year-old leader added. “New Zealand is not a surveillance state ... but questions need to be answered.”

She said the royal commission -- usually reserved for matters of the greatest public importance -- was an appropriate response to the attack.

Ardern added that the details of the inquiry were being finalized, and that the independent probe would be comprehensive.

The prime minister, however, ruled out the reintroduction of the death penalty for the accused gunman, a 28-year-old Australian white supremacist who was arrested within minutes of the massacre and charged later with one count of murder.

The country abolished the death penalty for all offenses including murder in 1961, except for treason and a number of military offenses. The recent mass murder has renewed a debate on whether it had been a right decision to scrap the death penalty.

The massacre also prompted an immediate ban on sales of “military-style” semi-automatic and automatic weapons like the ones used in the mass shooting.

Shortly before the terror attacks, the assailant had published an ideological “manifesto” filled with extreme views, in which he described Muslim immigrants in Europe as “invaders.”

In the wake of New Zealand’s worst terror attack since 1940s, the island country’s intelligence apparatus has come under fire for having solely focused on Takfiri terrorism, while ignoring the threats of right-wing extremism.

Ardern’s call for such an inquiry was praised by members of New Zealand’s Muslim community.

“The announcement of an inquiry is a great call and the right thing to do. I hope that it will be an inclusive inquiry and that an opportunity will be provided to the Muslim community to feed into the terms of reference” for the inquiry, said Guled Mire, a Muslim community advocate.

“It’s important we get this right so we can learn from past mistakes,” he said.

Dozens of the victims were laid to rest in a mass burial on Friday.

The bodies of the Indian victims are believed to be among the first to arrive back home.

The Indian High Commission in Wellington said on Monday the bodies of two victims had arrived in their homeland and a third was expected later that day.

“I’m not sure about the status of bodies from other nationalities but I can say we went through the process as quickly as possible,” a spokesman for the Indian High Commission in Wellington said.

The two repatriated Indian victims are a 23-year-old master’s student and a 24-year-old commercial pilot.

The body of a 65-year-old retiree, who was visiting his son before being killed, is also en route to India.

Among the victims were nationals from Syria, Jordan, India, the United Kingdom, Saudi Arabia and Egypt, some of whom were refugees.