TEHRAN, Mar 26 -France has joined a number of other governments in halting flights by Iran's Mahan Air in and out of the country under heavy pressure from the United States. 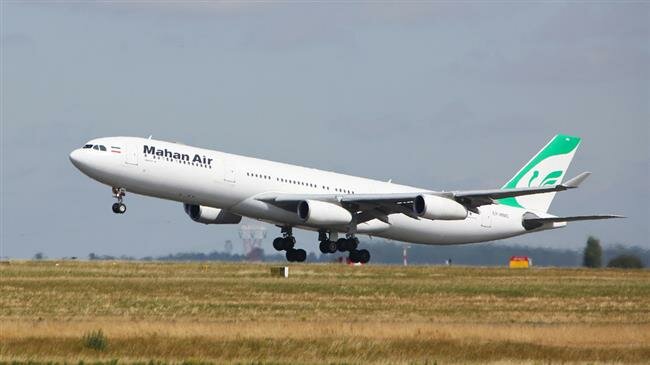 TEHRAN, Young Journalists Club (YJC) -France's move came after it claimed that the Mahan Air is transporting military equipment and personnel to Syria and other countries in the Middle East, diplomats said on Monday.

"We knew of their activities from our own intelligence services and after the German move it was a question of credibility," a French diplomatic source was quoted by Western news outlets as saying.

The French ban will take effect as of April 1.

The Iranian airline, which has been under the US sanctions, flew four flights a week to France’s Charles de Gaulle airport in Paris, according to its website.

The decision to revoke Mahan Air's license, which is Iran's second-largest carrier after Iran Air, was made after Germany also banned the airline in January under the same accusation.

Iran slammed Germany's "hasty and unjustifiable" move to revoke the license of Iran’s Mahan Air, saying the decision ran counter to the spirit of deep-rooted relations between the two countries.

"Undoubtedly, no logic and reason can justify such biased attitudes which are based on false and fictitious data," Iranian Foreign Ministry Spokesman Bahram Qassemi said.

The United States claimed in 2011 that Mahan Air provided financial and other support to Iran's Islamic Revolution Guards Corps (IRGC) and imposed sanctions on the airline. Since then, it has been pressing its European allies to follow suit.

The administration of US President Donald Trump is trying to choke off Iran’s economy as part of a "maximum pressure" policy.

The United States in November announced the re-imposition of the “toughest” sanctions ever against Iran in an attempt to curtail the country’s oil exports and put extra pressure on its economy.

However, the campaign has not been promising for the US with Secretary of State Mike Pompeo admitting that Washington has failed to get the main buyers of Iranian oil to tag along. As a result, Washington had to grant temporary waivers to China, India, South Korea, Turkey, Italy, Greece, Japan and Taiwan to continue buying Iranian crude.