Yemen: 4 years of war on children

TEHRAN, Mar 26 -Save the Children is the largest Aid Organisation in Yemen, attempting to help save the 14 million people at risk of famine, and the 2 million children risking exploitation and abuse in what is being described as “the World’s worst humanitarian crisis”. 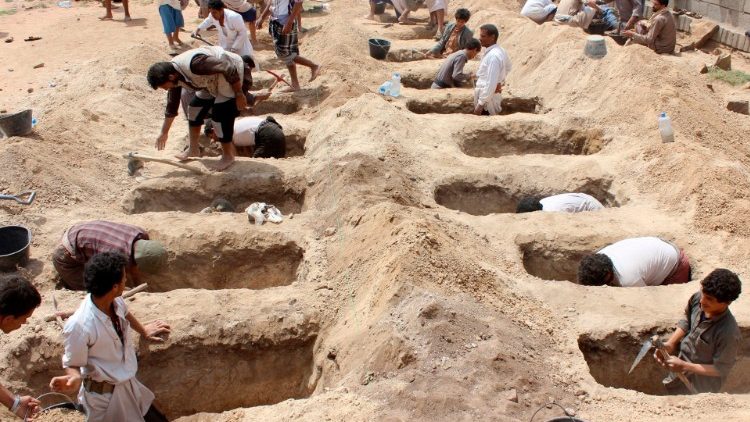 TEHRAN, Young Journalists Club (YJC) -As of Tuesday, March 26th, the war in Yemen will have been raging on for four years. In that time, there have been over 19,000 air raids: more than one every two hours.

1.5 million children have been forced to flee the bombing of their cities, their villages and their homes.

A war on children

Save the Children, who has been working in Yemen for over 50 years reports that these air raids have been led by a Saudi-led coalition, including - amongst others - western countries such as the United States and the United Kingdom. Save the Children has confirmed that these bombs are the main cause of death amongst children. Their figures state that 55 out of 1000 children die before reaching their 5th birthday and they have one plea: “Please help us stop the war on children”.

14 million Yemeni people are at risk of starvation. 10 million children do not have access to adequate sanitation. Save the children is calling what the children in Yemen are facing every day a “triple threat”: bombs, starvation and disease. With schools and hospitals being either inexistent or inaccessible due to the destruction of infrastructures, the level of malnutrition and other preventable illnesses in Yemen is sky-high, and fatal. The aid organisation states that “more than one hundred boys and girls are dying from extreme hunger every single day while at least one child dies every ten minutes as a result of preventable killers such as cholera.”

The main cause of death

Of those who are accounted for, the bombs have killed or injured almost 7,000 children since the escalation of this war. In the last year, of all the children who have been killed, 50% of them died because of bombing from the sky. Often, these children were struck when in their own homes, and often when they were travelling, attempting to flee the area, to find safety elsewhere. On other occasions, the children were simply living their lives, as was the case in August 2018, when a bomb struck a school bus – killing 40 children who returning to school from a picnic.

Tamer Kirolos, Director of Save the Children, says “One cannot even remotely imagine the terror [the children] must feel when a bomb falls on their house, nor the severity of the physical and mental wounds that all this leaves on them, indelibly. What is happening in Yemen should shock the world and must end immediately … no child should suffer the unspeakable cruelty that is perpetrated in Yemen every day”.