TEHRAN, Mar 27 - US homebuilding fell more than expected in February as construction of single-family homes dropped to near a two-year low, offering more evidence of a sharp slowdown in economic activity early in the year. 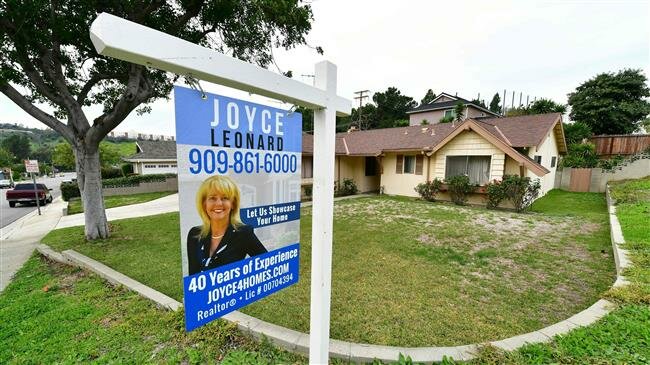 TEHRAN, Young Journalists Club (YJC) - Concerns over the economy were also underscored by other data on Tuesday showing consumer confidence ebbing in March, with households a bit pessimistic about the labor market.

A report from the Conference Board showed its consumer confidence index fell 7.3 points to a reading of 124.1 in March.

The decline included a more pessimistic view of current business and employment conditions.

The confidence survey showed fewer consumers describe business conditions as "good" and less see jobs as "plentiful," and those same shifts were reflected in the outlook for six months in the future.

The US economy is facing rising headwinds, including slowing global growth, fading fiscal stimulus, trade tensions and uncertainty over Britain’s departure from the European Union.

Those concerns contributed to the Federal Reserve’s decision last week to bring its three-year campaign to tighten monetary policy to an abrupt end, as it abandoned projections for any interest rate hikes this year.

“The sugar high is just about over,” said Joel Naroff, chief economist at Naroff Economic Advisors in Holland, Pennsylvania. “The risks are more toward the downside than the upside.”

Housing starts decreased 8.7 percent to a seasonally adjusted annual rate of 1.162 million units last month, the US Commerce Department said. The percent decline was the largest in eight months, and bad weather could have contributed to the sharp drop in homebuilding last month.

Homebuilding fell in three of the four regions in February. Housing starts data for January and December were revised higher. Building permits fell 1.6 percent to a rate of 1.296 million units in February.

While that was the second straight monthly drop in permits, they are now outpacing starts, which suggests a pickup in homebuilding in the months ahead.

Economists polled by Reuters had forecast housing starts falling to a pace of 1.213 million units in February.

The housing market hit a soft patch last year, squeezed by higher mortgage rates, pricier lumber, and land and labor shortages, which led to tight inventories and more expensive homes. But borrowing costs have eased in the wake of the Fed’s signaling of a long pause in hiking rates.

The 30-year fixed mortgage rate dropped to an average of 4.28 percent last week, the lowest in more than a year, from 4.31 in the prior week, according to data from mortgage finance agency Freddie Mac. House price inflation is also slowing.

A survey last week showed confidence among homebuilders was steady in March, with builders still complaining about the scarcity of skilled workers and land, as well as zoning restrictions in many major metro areas.

The weak housing data strengthens the view that the economy lost considerable momentum early in the first quarter. Retail sales rose moderately in January after tumbling in December, and the manufacturing sector is struggling, with output falling in February for a second straight month.