TEHRAN, Mar 27 -Russia said on Thursday it had sent “specialists” to Venezuela under a military cooperation deal but said they posed no threat to regional stability, brushing aside a call from U.S. President Donald Trump to remove all military personnel from the country. 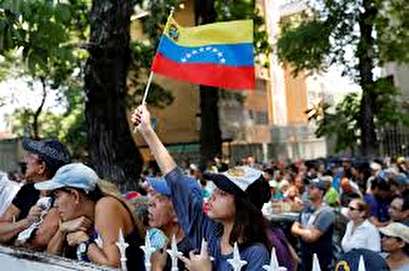 As Venezuela has descended into political turmoil this year, Russia has emerged as a staunch backer of President Nicolas Maduro while the United States backs the country’s opposition and has imposed sanctions.

Venezuela’s military attache in Moscow said on Thursday Russia had sent “servicemen” to Venezuela, but that they would not take part in military operations, Interfax news agency reported.

“The presence of Russian servicemen in Venezuela is linked to the discussion of cooperation in the military-technical sphere,” Jose Rafael Torrealba Perez was quoted as saying.

“Russia is not changing the balance of power in the region, Russia is not threatening anyone, unlike (officials) in Washington,” she told a weekly news briefing.

“Russian specialists have arrived in Venezuela in line with the provisions of a bilateral inter-government agreement on military-technical cooperation. No one canceled this document,” Zakharova said.

Russia and China have backed Maduro, while the United States and most other Western countries support opposition leader Juan Guaido.

Maduro, who retains control of state functions and the country’s military, has said Guaido is a puppet of the United States.