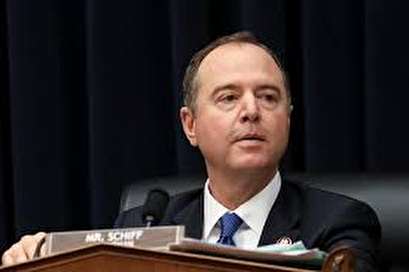 TEHRAN, Young Journalists Club (YJC) -Hours after Trump went on Twitter to demand that Democrat Adam Schiff resign from Congress, Republican lawmakers called on him to quit as chairman of the bitterly divided House of Representatives Intelligence Committee because of his comments about the president’s 2016 campaign and Russia.

Schiff quickly fired back at a tumultuous hearing and called actions by the president’s associates unpatriotic and corrupt.

Barr, empowered by Justice Department regulations to decide how much of special counsel report to make public, on Sunday released his four-page summary of Mueller’s findings. Barr said Mueller did not establish that Trump’s campaign conspired with Russia in the 2016 election.

The attorney general informed House Judiciary Committee Chairman Jerry Nadler about the length of the report in a telephone call on Wednesday, a Justice Department official said. Barr also agreed to testify before Nadler’s committee, although no date was set, the official said.

Republicans in the Senate on Thursday thwarted another effort by Democrats to pass a resolution calling for the Mueller report to be made available to the public and Congress. The House has passed a similar resolution.

A Justice Department official said on Tuesday that Barr would issue a public version of the report within “weeks, not months.” But top Senate Democrat Chuck Schumer said Barr’s delay of the release has “too much of the odor of political expediency to help the man who appointed him, President Trump.”

Republicans have launched a counter-attack against Democrats since Barr released his summary. Trump used an early-morning Twitter post to assail Schiff, whose committee is investigating Russia’s influence on U.S. elections.