TEHRAN, Mar31- The Israeli PM's spokesman has faced a fiery backlash, including accusations of racism, after he mischaracterized female flag-waving Palestine protesters, calling them "ISIS women." Hamas is in a state of war with the 'caliphate'. 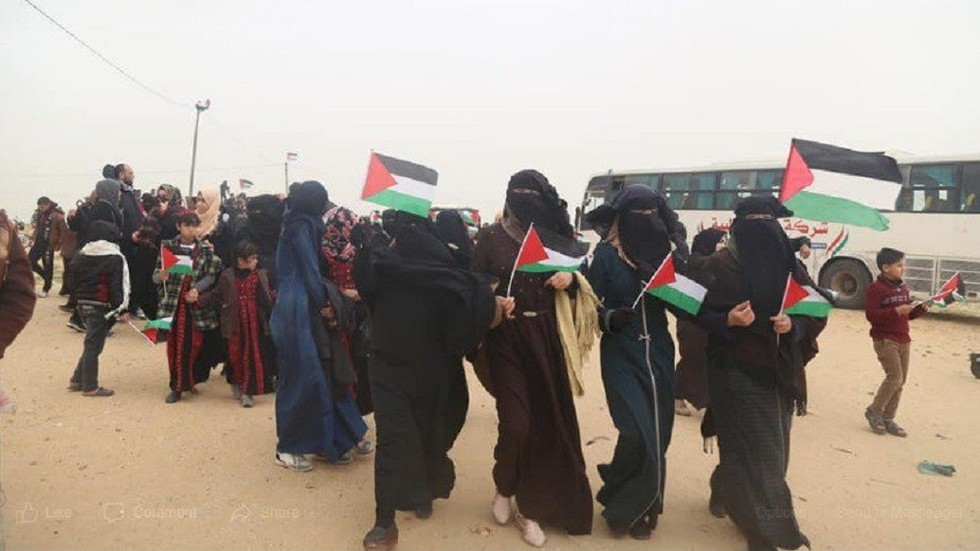 He then piled on another highly dubious claim: "That's no surprise because Hamas IS the Gazan branch of ISIS."

Gendelman was immediately keel-hauled by commenters pointing that there was no way an ISIS woman would be waving a Palestinian flag, which is considered to be secular blasphemy by the group, let alone the fact that Hamas is at war with the Sinai branch of the Islamic State (IS, formerly ISIS/ISIL).

Since Gendelman appeared to be basing his branding of the women as terrorists solely on the fact they were wearing the niqab full-face veil, he was called out as racist and Islamophobic:

"This is nothing but racism, Islamophobia (yes, that term exists actually!) and political propaganda. You know very well that these women are not ISIS but nevertheless you spread such messages," one commentator wrote.