US labels IRGC 'terrorist' to whitewash its failures: Rouhani

TEHRAN, Apr 09 - Iranian President said US is after whitewashing its failures with labeling Iran's Islamic Revolutionary Guard Corps (IRGC) as a terrorist group. 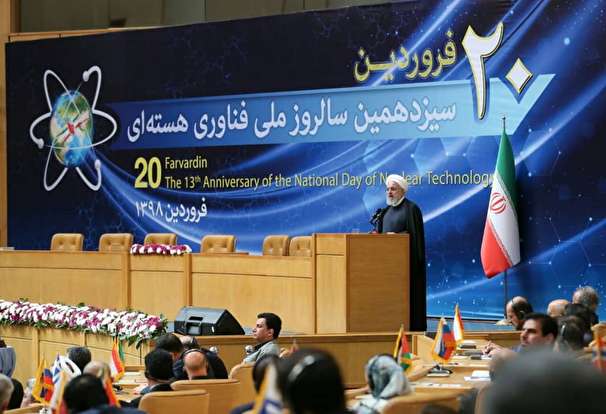 Rohani said that IRGC's popularity was increasing day after day in Iran and the region and that there was no surprise US and Israeli regime hate it.

He then recalled the US's shooting down Iranian Airbus passenger plane with 290 people on-board over Persian Gulf and said that the Americans showed that they know no border for their terrorist acts.

US still supports Deash terrorist group (ISIS) in the Middle East region, backing them against the regions nations, noted the Iranian President .

Rouhani pointed out to the recent flood in Iran, and referred to the unity and sympathy between Iranian nation, IRGC,and Army to help the troubled people.

The president also referred to US numerous failure and mistkes just in the last two years "in which of your decision during these two years you acted properly? The day you announced al-Quds the capital of [Israeli] occupation regime, no one accepted that from you, did? Beware that al-Quds is the capital of Palestine for ever".

With regards to US overthrowing policy toward Iran also the Iranian president said that the Americans have always been in wrong path with their imposing sanctions on Iran to collapse it specially during the last year.

President Rouhani expressed that Iran Atomic Energy Agency proved that US is not able to stop Iran from progressing, stressing that the Iran's government fully supports the knowledge-based nuclear industry.