TEHRAN, Apr 09 - Iran’s second largest airline, Mahan Air, has launched direct flights to the Venezuelan capital Caracas, marking a further strengthening of bilateral ties as the US tightens sanctions screws on both countries. 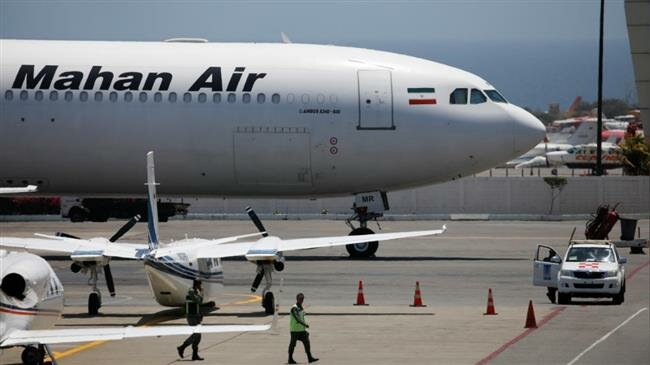 The non-stop 16-hour flight deals a blow to US efforts to isolate Iran and Venezuela which have cultivated close bonds over recent years in their shared opposition to “the American hegemony”.

It is also a boost to Mahan Air’s bid to break free from a net of US sanctions on the airline which Washington accuses of providing financial and other support to Iran's Islamic Revolution Guards Corps (IRGC).

The United States imposed sanctions on the company in 2011. France and Germany banned the airline's flights earlier this year, apparently under pressure from the US.

Back in May, the United States imposed new sanctions against nine Iranian and Turkish individuals and companies as well as a number of entities providing goods and services to four Iranian airlines.

The sanctions announced by the US Treasury Department, targeted the entities cooperating with Iran's Mahan Air, Caspian Air, Meraj Air, and Pouya Air.

A White House official on Monday reacted to the launch of direct flights between Iran and Venezuela. “From our standpoint, there’s clearly no commercial reason to establish this flight at this time,” the unnamed official was quoted as saying.

In recent weeks, the US has tightened sanctions on Venezuela which is mired in a political crisis amid a push by the Western-backed opposition to topple the democratically-elected government of President Nicolas Maduro.

Washington on Friday imposed sanctions on vessels and companies owned or operated by state-run oil company Petroleos de Venezuela, aiming to choke off a crucial supply of crude to the South American island.